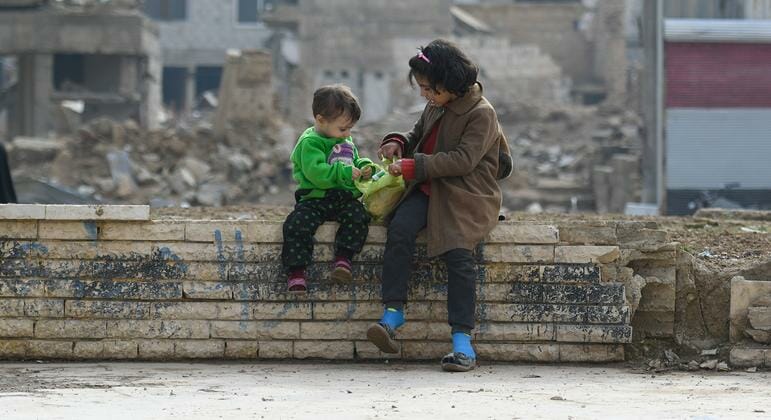 According to the Commission of Inquiry on Syria, 14.6 million Syrians depend on humanitarian assistance, 12 million face acute food insecurity, and nine in 10 now live below the poverty line.

“Given this disturbing reality, it is unconscionable that discussions at the Security Council are focused on whether to close the one remaining authorized border crossing for aid, rather than how to expand access to life-saving aid across the country and through every appropriate route.”

Mr. Pinheiro was referring to the imminent closure of the Bab al-Hawa humanitarian border crossing into northern Syria from Turkey, which will require a UN Security Council resolution to stay open beyond 10 July.

Bab al-Hawa is the last of four international cross-border operations still functioning in Syria after lack of consensus among Security Council Members about keeping the others open, as they had been, from 2014 until early 2020.

Through the sole cross-border operation still authorized by the Security Council, aid reaches around 2.4 million of them every month, a vital lifeline to the population in northwest Syria.

“Parties to the conflict have themselves consistently failed in their obligations to allow and facilitate rapid and unimpeded passage of humanitarian relief for civilians in need across Syria,” Mr. Pinheiro continued. “These and all other obstacles to humanitarian aid must be removed – including those caused by unilateral sanctions, even when unintentional.”

The top rights expert also highlighted concerns about whether it is safe to return for the more than 13.4 million Syrians who have fled their homes.

“Millions of refugees who fled the country are now under increasing pressure to return,” said Mr. Pinheiro. “When UNHCR recently polled refugees, nearly 92.8 per cent said they do not intend to return in the next year.”

The probe – established in August 2011 by the Human Rights Council to investigate alleged violations of international law – once again raised the alarm over the many thousands of relatives of foreign fighters still being held in dreadful conditions in camps in Syria’s northeast.

“We need to remind this body that 40,000 children are still held in appalling conditions in Al Hol and Al Roj camps in northeast Syria, alongside 20,000 adults, mainly women,” Mr. Pinheiro said. “Insecurity in Al Hol remains rife, with at least 24 murders reported this year. Even humanitarian workers have been targeted; a Red Crescent nurse was killed and an ICRC doctor stabbed.”

Replying to the Commission of Inquiry chair, Syria’s representative, Hussam Edin Aala, rejected “the allegations and fallacies” that he claimed were contained in the Commission’s reports.

He also refused to accept any attempt “to promote the establishment of new international mechanisms on Syria”, along with “prefabricated accusations, controversial decisions and false reports”.