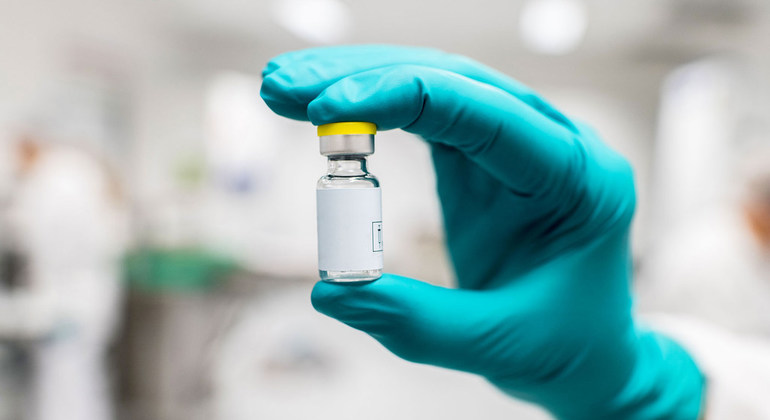 Tedros Adhanom Ghebreyesus was speaking at WHO’s regular bi-weekly briefing for journalists on the latest efforts to curtail the COVID-19 pandemic.

He began by praising Friday’s pledge from leaders of the seven leading industrial nations, the G7, to intensify cooperation and increase their overall contribution to the international effort under the so-called ACT Accelerator programme, to around $7.5 billion.

COVAX is working to ensure equitable distribution of vaccines, diagnostics and therapeutics to end the crippling march of the coronavirus, and Tedros expressed his thanks to the G7, together with European Union nations, who committed an extra $4.3 billion overall last week.

“These funds and donations move us one step closer to meeting our target to start vaccination of health workers and older people in all countries, within the first100 days of the year”, said Tedros.

But all countries need to step up, he added, saying that money was far from the only challenge: “If there are no vaccines to buy, money is irrelevant. Currently, some high-income countries are entering contracts with vaccine manufacturers that undermine the deals that COVAX has in place, and reduce the number of doses COVAX can buy.

“Even if we have the funds, we can only delivery vaccines to poorer countries if high-income countries cooperate in respecting the deals COVAX has done and the new deals it is doing. This is not a matter of charity, it’s a matter of epidemiology.”

The WHO chief said that there was still a funding gap of nearly $23 billion to “fully finance” the entire ACT Accelerator vaccine initiative.

To make sure the most at risk in low and middle income countries get their shots first, “we need more funding, we need countries to share doses immediately, we need manufacturers to prioritize contracts with COVAX, and we also need a significant increase in the production of vaccines”, Tedros said.

More vaccines are being developed, approved and produced. There will be enough for everyone”, he noted. “But for now, and for the rest of this year, vaccines will be a limited resource. We must use them as strategically as we can.”