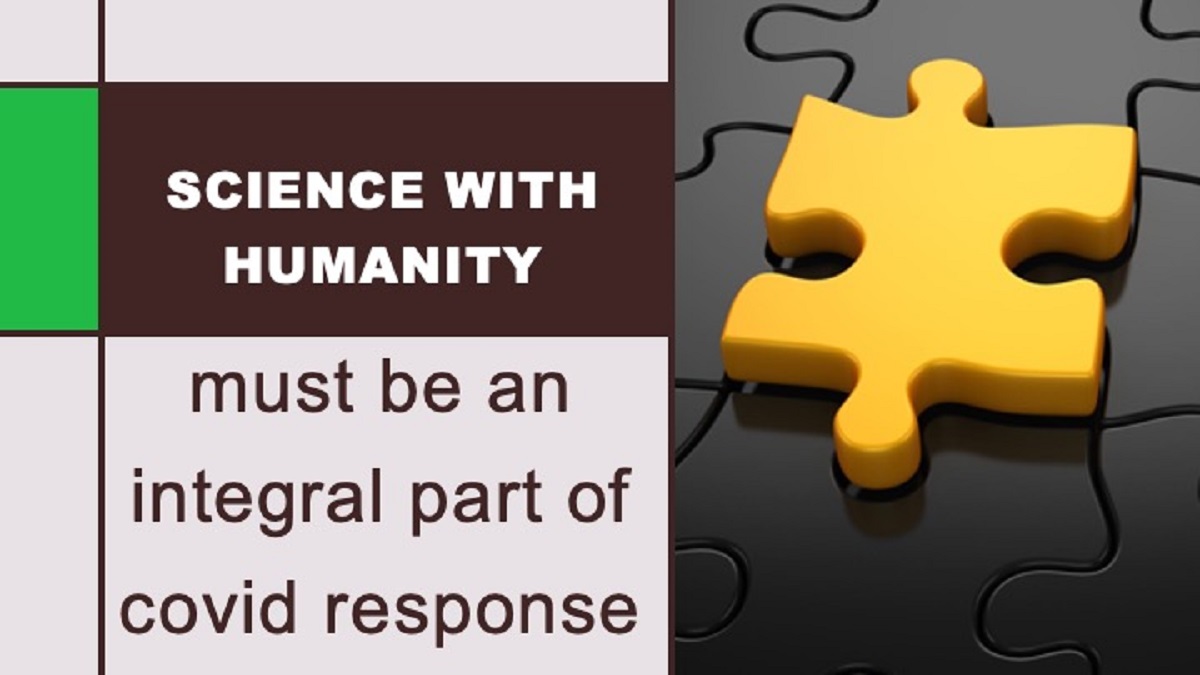 Right before Gandhi ji’s birth anniversary, government of India announced its reciprocal policy for UK nationals arriving in India to undergo mandatory quarantine for 10 days after their arrival (regardless of their vaccination status). Earlier, UK had announced its travel policy that Indians, regardless of their vaccination status, will have to undergo the mandatory quarantine for 10 days after arriving in the UK.

UK had announced an even more problematic policy but it had course corrected when valid protests emerged against it not recognising vaccinated Indians because 90% of those fully vaccinated in India had received the vaccine (Oxford AstraZeneca) whose scientific research and development was done by UK-based agencies (though it was made in India by Serum Institute of India). Valid questions were raised will UK also not recognise its own citizens who have received the same vaccine (but not made in India)? Thankfully, sanity prevailed and after few days and intense lobbying around the United Nations General Assembly, UK government clarified that it does recognise the India-made Oxford AstraZeneca vaccine but its concern was towards vaccine certification process in India.

Indian government says that UK’s travel policy is discriminatory towards Indians. That is why Indian government announced that from October 2021, all UK nationals travelling to India will also have to undergo a pre-departure Covid-19 RT-PCR test within 72 hours before travel, another RT-PCR test on arrival at the airport, and an RT-PCR test on the eighth day after arrival. They will also have to quarantine at home or at their destination address for 10 days.

Is nationalism trumping over science?

Not just UK and India but all countries worldwide need to be on the same page that the only possible way out of the pandemic is we stand united and progress together with oft-quoted chant by governments “no one is left behind”. Populations worldwide need to be fully vaccinated in a time-bound manner (United Nations health agency, the World Health Organization (WHO) target for all countries is to vaccinate 70% of populations globally by June 2022). Vaccinating populations globally will reduce severity of the disease and bring down Covid deaths drastically (as has happened in countries where large part of the population is fully vaccinated) as well as may give us hope to invoke herd immunity that may possibly show us the path out of the pandemic. However inequitable rollout of vaccine is so ugly with 80% of 6 billion vaccine doses delivered in rich nations so far. Hope this changes for more equity in vaccine rollout worldwide.

All countries also need to break the chain of infection transmission. People should wear proper masks, maintain physical distance, hygiene, and other measures to curtail the risk of infection spread, as much as possible.

Thailand government has had strict mandatory quarantine policy for everyone who landed in the land of smiles regardless of which country the person came from. Two weeks quarantine among other measures (in a hotel facility) is a standard norm in Thailand. Thailand is also reporting alarming number of new cases though but we have to compliment Thailand for reducing the risk of infection spread from those arriving via Thai airports.

So India and UK needs to decide: if mandatory quarantine for incoming passengers from foreign land (regardless of vaccination status) is a good policy to reduce the risk of infection spread, then why only reciprocal to each other’s citizens, and why not for all incoming passengers on International flights landing in India or UK?

Science tells us that specificity and sensitivity of Covid diagnostics is not 100% and vaccination currently reduces risk of severity of Covid disease and reduces risk of dying of Covid but evidence whether vaccines prevent fully vaccinated people from getting infected from corona virus (or spreading it to others) is still emerging.

So India and UK governments – if the intent is to reduce risk of infection spread from those arriving from foreign nations, and if science tells us that mandatory quarantine is the right policy, then should it not be for all nationalities including Indians and English people arriving in their own nations from foreign lands?

For example, recently there was news that fake vaccine certificates scam was exposed in states like Gujarat and Telangana. Or there were news reports of those who received the vaccine certificate without getting vaccinated. Indian government has stepped up measures now and it is reported that the CoWin app has a more secure vaccine certification process for international travellers. We do hope this is in line with global standards.

Why are all 6 vaccines approved by India not being rolled out?

Also, we should not forget that currently six vaccines are approved in India but only three are being used. Among these three vaccines, only one of these is majorly used (Oxford AstraZeneca vaccine made by Serum Institute of India, and sold as Covishield, is given ). Covaxin (made by Bharat Biotech) is also rolled out along with Sputnik (Russian vaccine) but the number of people who have got Sputnik is very low though Covaxin uptake is relatively more than Sputnik but far less than Covishield.

Why are other three vaccines not being rolled out in India despite being approved sometime back? Moderna (licensed to Cipla for marketing), Johnson & Johnson single dose vaccine (licensed to Biological-E for domestic production) and ZyCovD of Zydus Cadila are yet to make a debut in the country. Alongside scaling up the supply side, it is equally important to expand India’s capacity manifold to export vaccines to those countries in dire need of vaccines.

In this moment of prolonged global public health emergency, hope not just India and UK but all countries worldwide will let Gandhi ji’s wisdom of “science with humanity” guide the Covid response.