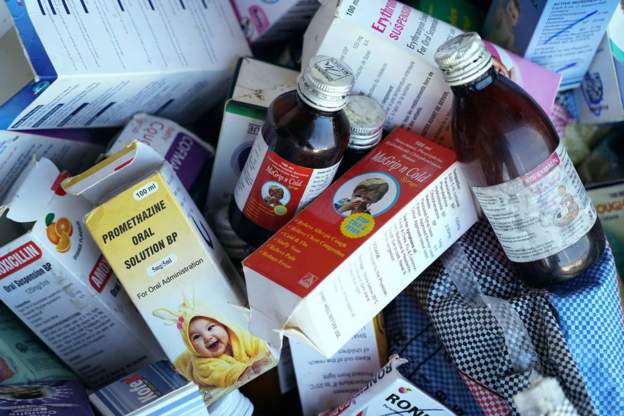 
Some West African countries are on high alert following deaths of at least 69 children in Gambia linked to four cough syrups.

According to the WHO, the syrups have been “potentially linked with acute kidney injuries and 66 deaths among children”.

The products were manufactured by an Indian company, Maiden Pharmaceuticals, which had failed to provide guarantees about their safety.

The four products had been identified in The Gambia, but “may have been distributed, through informal markets, to other countries or regions”, the WHO added, in the alert published on its website.

In a comment to the ANI news agency Maiden said it was shocked and saddened over the incident. The company said it followed Indian health protocols and was co-operating with an investigation.

Nigeria has warned its citizens to be wary of the products. The National Agency for Food and Drug Administration and Control (Nafdac) has asked people to avoid the said medicines.

In a statement, the agency said anyone who has used the “substandard products” or has suffered any adverse reaction, should seek immediate medical advice and report to the health authorities.


In July, medical authorities in The Gambia detected an increase in cases of acute kidney injury among children under the age of five.

The Gambia’s government has since suspended the use of all paracetamol syrups and has urged people to use tablets instead.