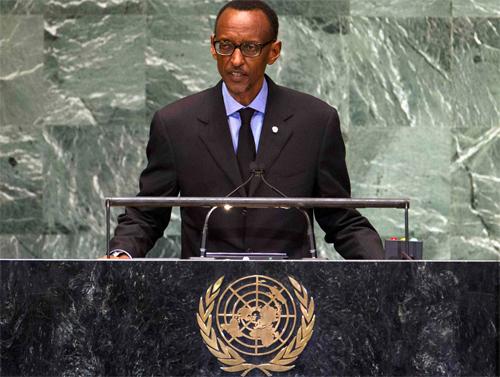 The United Nations demonstrated hypocrisy in its decision to grant Rwanda a seat on its Security Council (UNSC) despite the country’s well-documented history of destabilization in the eastern region of the Democratic Republic of Congo.  The UN’s actions are antithetical to the stated goals and vision of the UNSC to protect the weak and “take collective action against mass atrocities” by allowing a known aggressor country to sit in its ranks.

The UN has collected over 19 years of reports, cataloging crimes committed by Rwanda against the DRC including the UN Mapping Report on the DRC.  Between 1993 and 2003, the UN reported that the violations of human rights and international humanitarian law committed by Rwanda, represented “one of the most tragic chapters in the recent history of the DRC… marked by a string of major political crises, wars and multiple ethnic and regional conflicts that brought about the deaths of hundreds of thousands, if not millions, of people.” Rwanda’s active involvement with the M23 rebel group demonstrates a continued effort to bring unrest to the Congo.

With a well-known commitment to destabilization, Rwanda’s membership reflects a “flagrant conflict of interest,” according to Human Rights Watch.

The UNSC appears to have given a seat to Rwanda out of guilt and sympathy over the 1994 genocide.  As a result, Rwanda is using its power to reject unflattering reports of human rights violations and to contest new accusations against it based on paranoid claims of bias against Rwanda.

In essence, Rwanda is governed by an autocratic regime run by its President, Paul Kagame, who has won two elections with over 96% of the vote each time. Theogene Rudasingwa, Kagame’s former chief of staff (now in exile in the United States), recently published a book in which he described how the outcome of the first election had to be “re-fixed” because Kagame had won by more than 100%.

How can a country that silences journalists, jails political opposition members and is run by a dictatorial regime be entrusted to monitor peace thought out the world?

The 1994 genocide was a horrific event and Rwandan government officials justifiably point to the country’s abandonment by the international community during their darkest hour. As recently as July 2013, Minister of Foreign Affairs, Louise Mushkiwabo, opened her remarks at the UNSC meeting on the situation in the DRC with such an argument. It is a signature move of Rwandan government officials to play up the “genocide guilt” in order to gain sympathy and development assistance. However, over the last two years this ploy has ceased to be so effective. Rwanda is now one quarter of the way through its two year appointment to the UNSC and the likelihood of its removal is slim, but how will Rwanda respond to the increased level of scrutiny brought by its current postion?

Many Rwandan government officials are active on social media and one in particular, Olivier Nduhungirehe, the Minister Counselor, Deputy Permanent Representative of Rwanda to the UN, is a very active Twitter community member. Yet, the majority of his tweets are either abusive to those who disagree with him, (this writer included) or are in strong support of the actions of the M23 in DRC. For a country that vehemently denies responsibility for backing the M23 why would one of its UN representatives so adamantly defend it in public?

How Rwanda acts during its time on the UNSC should be closely monitored by political analysts, journalists and scholars worldwide. We must hope that their tenure will lead to greater  transparency in the policies that govern this small but powerful country, rather than drive the country to further cover up its poor human rights record (both at home and in neighboring countries.)

Jennifer Fierberg is a journalist with a particular focus on Rwanda.