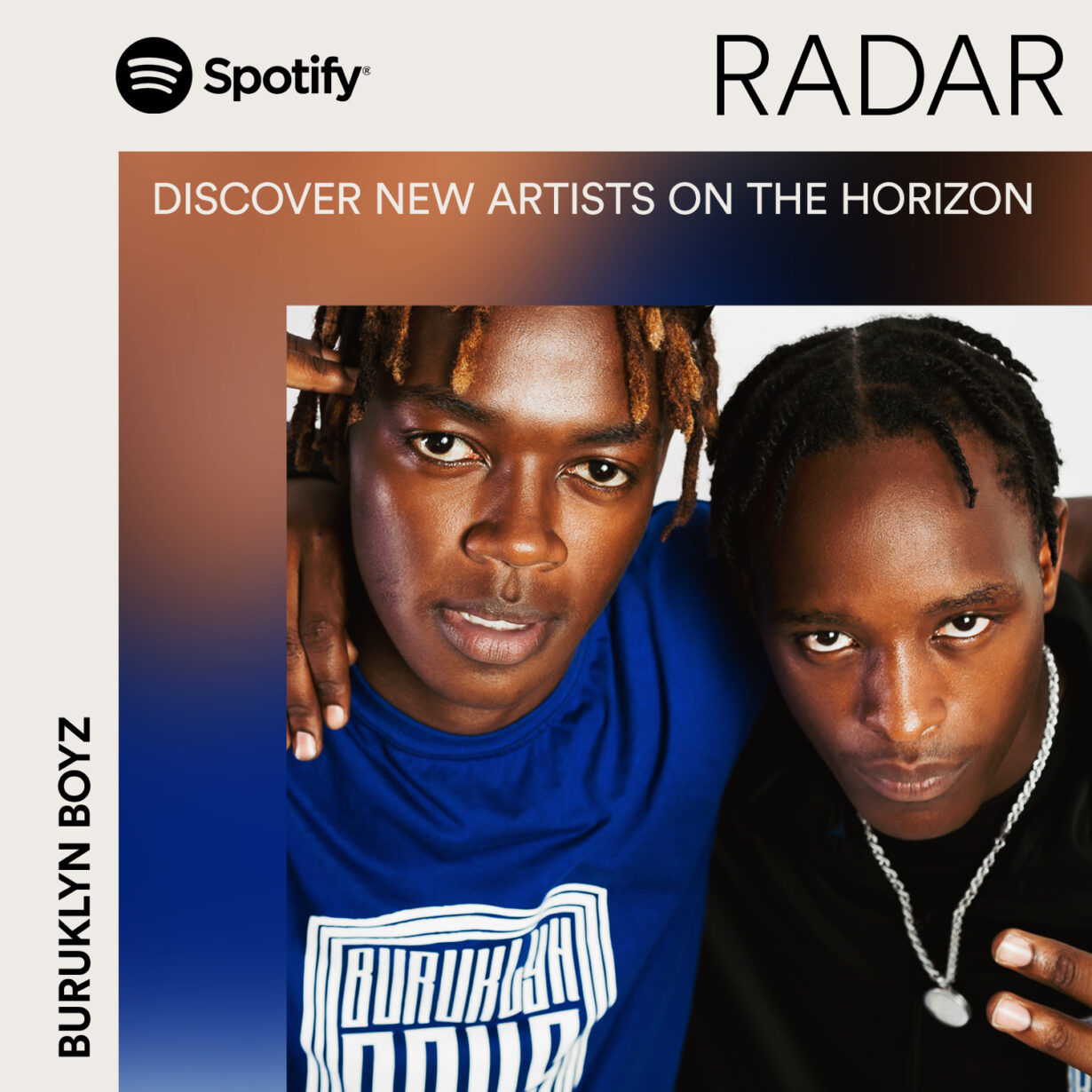 Spotify is the world’s most popular audio streaming subscription service with 420m users, including 182m subscribers, across 184 markets.

They say the artists will gain new fan audiences globally with the RADAR programme.

The programme spotlights and discovers emerging artists across the globe.

It is one of the ways Spotify elevates emerging artists to the next level of their respective careers.

This batch of artists follows in the footsteps of other African talents like Elaine, Willy Cardiac, Tems and Focalistic, who all joined the programme in 2020 and were exposed to new global fan communities on the platform.

“It gives me so much joy to bring back our RADAR Africa program and do so within a deservingly bigger and better format. We must continue to identify and find ways to offer developing artists a fair chance at success on and off-platform.

“We have six outstanding ones from the region to begin with, and look forward to sharing in their journey. At the same time, we will provide the resources to elevate them to the next level of their respective careers and hopefully make thousands more Spotify fans worldwide,” said Phiona Okumu, Head of Music, Spotify Africa.

Since its launch, RADAR has driven an increase in listening and furthered fan-artist connections. As part of the programme, these artists will receive editorial, on-platform and off-platform support from Spotify to help broaden their respective fanbases.

Moreover, as part of its Global Hub launch, Spotify will prioritise the promotion of RADAR playlists, RADAR podcasts, Spotify Singles, and priority releases from RADAR artists across all regions.

Ayra Starr is impossible to ignore. Born in the Benin Republic, the 19-year-old was raised between its beach city, Cotonou, and Lagos, Nigeria’s cultural hub. This mix of cultures inspires her global approach to music, art and life. She’s inspired by the regal earthiness of Angelique Kidjo, Rihanna’s feisty confidence, and 90s fashion icons. She has amassed a hugely impressive base of more than 1.2 million listeners a month on Spotify.

Black Sherif’s unique sound is geared towards creating a mass cult following, with the end goal of creating a global icon. How he blends Ghanaian Highlife with Reggae, Hip Hop, and other sounds widens his reach and potential.

With Highlife being Ghana’s authentic sound, his use of the genre instantly affects the older folk, which isn’t the usual case for a 20-year old artist. First-time listeners of Sherif get amazed by his vocal range and then zone into his eerie unorthodox melodies. But the actual catch is the substance in his writing and how relevant and relative it is to modern times and listeners. Black Sherif currently boasts more than 1,3 million listeners a month on Spotify.

Lagos-born Daniel Benson (BNXN) is an Afro-Fusion singer and songwriter who took the world by storm while performing under Buju’s stage. He has cultivated a monthly listenership of more than 3 million on Spotify.

A hip hop crew fronted by Mr Right and Ajay from Nairobi, Kenya, pride themselves in rapping what they live and being the flag bearers of Kenya’s Drill music movement. They have more than 45,000 monthly listeners on Spotify.

With more than 335,000 monthly listeners on Spotify, DBN Gogo is a professional DJ, musician, and music producer from Durban, South Africa. She spent part of her childhood years in Pretoria. Born Thembani Radebe, DBN Gogo also spent part of her life in France, making her fluent in English and French. Unthinkable, disruptive, and unexpected describe DBN Gogo, who brings magical brilliance to each set she plays and hopes to leave behind a beautiful legacy for future generations.

Anthony Ebuka Victor (born January 5th, 2001), professionally known as Victony, is a 20-year-old Nigerian rapper, singer and songwriter who hails from Orsu local government in Imo state. He started solely as a rapper and later honed his skills and developed more dynamic artistry to perfectly explore different genres such as R’nB, Trap and Afropop. He currently has more than 752,000 monthly listeners on Spotify.