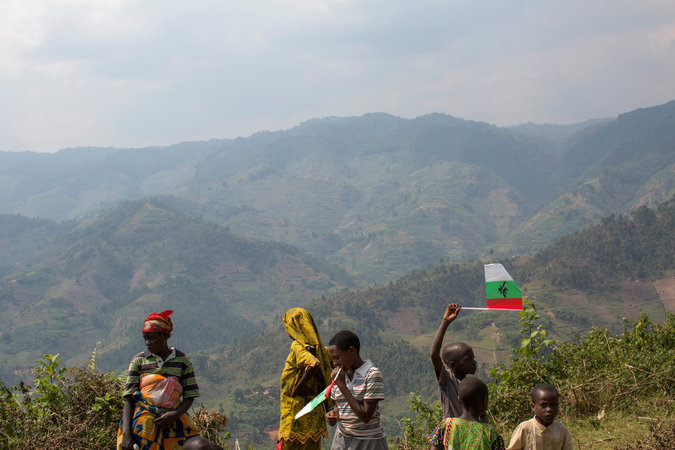 KIGALI, Rwanda — Burundi and Rwanda can seem deceptively like conjoined twins. They share a common history, geography and language, and their populations are divided ethnically between Hutu and Tutsi. Both were devastated by some of the worst mass slaughter of the 20th century.

Since the guns fell silent, they have charted very different courses as they try to move beyond their bloody pasts. But trouble in one seems inevitably to spill into the other, and their politics are becoming intertwined again, in dangerous ways.

Burundi is in danger of collapse, its capital rocked by violence and divided by political intrigue. The country’s fragile democratic fabric has been shredded in recent months by President Pierre Nkurunziza, who brushed aside a constitutional bar to secure a third term in office and put down an attempted coup meant to stop him. As Mr. Nkurunziza struggles to retain control, his top officials accuse Rwanda of tacitly aiding his enemies.

Then on Sunday, a top general close to the president was assassinated, threatening to further inflame a volatile situation. 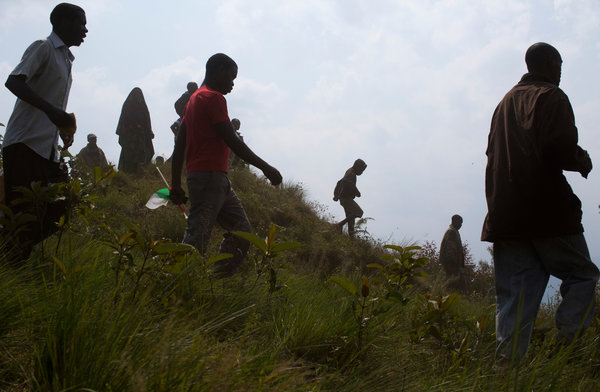 The general, Adolphe Nshimirimana, had an outsize personality. He was feared for his brutal tactics and a linchpin in the president’s control of his security forces. He played a major role in crushing protests in the spring, leaving scores of people dead, and was credited with helping foil the coup. No one has yet claimed responsibility for his death.

There is no suggestion that Rwanda had any hand in it. But top Burundian officials say that Rwanda played a part in the failed coup.

“We know that some of the coup leaders now live in Rwanda, at least three of them,” said the foreign minister, Alain Nyamitwe, in an interview on July 22, the day after the presidential election.

Mr. Nyamitwe said the disaffected officers, who have called for open rebellion, present a clear threat to Burundi, and he castigated Rwanda for allowing them to find sanctuary there.

He was careful to say that there was no evidence of official Rwandan state support for the rebels, but there were many indications, he said, that Rwanda was being “unhelpful.”

Rwandan officials categorically deny that the coup leaders are in their country and said Burundi’s problems were of the government’s own making. “When you have a deep crisis, looking for a scapegoat is normal,” a senior Rwandan official said, speaking on the condition of anonymity about diplomatic matters.

Rwanda has concerns about how the crisis next door could embolden another group of rebels who pose a threat to its own government. The remnants of the losing side in its long civil war, a Hutu militia force known as the Democratic Forces for the Liberation of Rwanda, or F.D.L.R., fled to the forests in the eastern part of the Democratic Republic of Congo. For a while, Burundi cooperated with Rwanda in hunting the rebels, but according to the Rwandan government official, that cooperation stopped suddenly last year.

“We know that some leaders of the F.D.L.R. met with officials in Burundi,” the official said. “The F.D.L.R. is a cancer because it espouses an ideology of genocide.”

Mr. Nyamitwe denied that Burundi was assisting the group and said there was not “a single F.D.L.R.” soldier in Burundi.

Against a backdrop of deepening distrust, the assassination of General Adolphe, as he was widely known, sent tremors throughout the region. President Nkurunziza went on state radio to urge calm, calling on “every Burundian, in the hills and the capital, to stay united.” And the State Department issued a statement calling “on all sides to renounce violence and to redouble their efforts to engage in a transparent, inclusive and comprehensive political dialogue.”

In another ominous turn, the leading human rights lawyer in Burundi, Pierre Claver Mbonimpa, was shot by unknown assailants outside his home in Bujumbura on Monday night and was hospitalized in critical condition, according to several people who have spoken to his family.

Filip Reyntjens, a professor of African law and politics at the University of Antwerp, said that if history was a guide, the current crisis could quickly spread to engulf the region.

He said Rwanda and Burundi “are really false twins” that “have always had perverse influences on one another.”

In Rwanda, where Tutsi rebels won a clear victory in the civil war, the Tutsi-led government “follows a policy of what you could call ethnic amnesia,” Mr. Reyntjens said, by essentially making it illegal to talk about ethnicity. But under the surface, he said, some field research suggests that ethnic divisions are worse now than in the 1990s.

Rwandan officials call that analysis deeply flawed and say the country has worked hard to encourage citizens to see themselves as Rwandans, not Hutu or Tutsi, and to hold perpetrators from both groups to account for atrocities committed during the war.

But in Burundi, there was no clear victory, and peace was achieved only through painstaking negotiations over power-sharing along ethnic lines. Mr. Nkurunziza, who came from the Hutu side of the conflict, often points out that in the decade of his leadership since the peace agreement, there has been no ethnic killing.

Scores of interviews in the capital and in the countryside of Burundi suggest that people are aware of the dangers of allowing old ethnic scars to be ripped open. But outside experts worry that those vying for power in Burundi could try to manipulate ethnic divides in dangerous ways.

Though many countries condemned Mr. Nkurunziza for evading the two-term limit in the peace agreement, Rwanda has notably not objected on that ground. Instead, President Paul Kagame of Rwanda said Mr. Nkurunziza should not run again because he had failed his people, a remark that angered Burundian officials. Mr. Kagame appears likely to seek a third term of his own, after the Rwandan Parliament recently amended the constitution to allow it.

Mr. Kagame, 57, has led Rwanda since 1994, when an offensive by his Rwandan Patriotic Front rebels put an end to a genocide campaign by Hutu extremists. He is widely credited with helping bring peace, stability and what the World Bank has called “impressive development progress,” visible in the spotless streets of Kigali, the capital, and the construction cranes dotting the skyline.

Burundi, on the other hand, remains one of the poorest countries in the world, with a fragile economy and a dependence on foreign aid for half the national budget.

The experience of Evode Nkeshima, 31, offers a glimpse at the complexities in Burundi. When he was 14 in 1993, the rest of his family was slaughtered in Cibitoke, a part of Burundi where there were clashes last month.

“They were all sleeping when the rebels came in and took my father, three brothers and two sisters,” he said, adding that he survived only because was sleeping somewhere else that night.

His family was Tutsi, and its members were killed by Hutu. But Mr. Nkeshima is now the president of a local branch of the governing party’s youth wing, the Imbonerakure, in Bujumbura.

Rwandan officials view the Imbonerakure as a danger and compare it to the youth militia known as the Interahamwe, which carried out some of the worst atrocities in the genocide. Western officials have accused the Burundian government of arming the group and using it to stifle dissent.

Mr. Nkeshima said ethnicity had nothing to do with his support for the president.

While Rwanda might view Mr. Nkurunziza with suspicion, stemming from his days as the leader of a Hutu militia group — he was accused and sentenced to death in absentia for murdering Tutsi civilians, and then pardoned under the peace accords — Mr. Nkeshima said that since then the president had helped the country heal.

Even so, he said there could still be war. And when he expressed worry about Rwanda’s role, he cast it in ethnic terms.