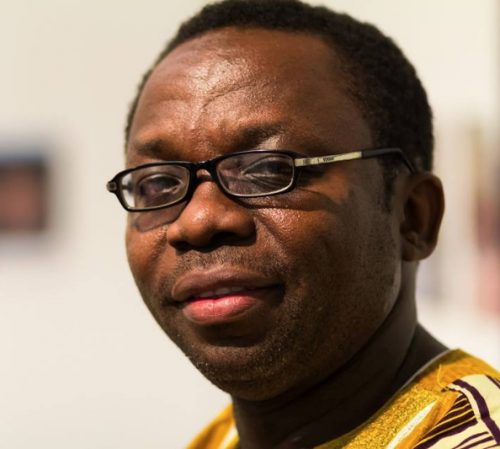 The Ex-cellence Project is an initiative that provides psycho-social support to ex-clergies who are non-religious in Africa. In the spectrum of irreligious demographics, former clergies are often ignored. While it is challenging for non-clerical religious persons to abandon religion, it is far more difficult for ex-clergies, that is, former religious workers such as former bishops, priests, pastors, nuns, monks, hermits, former Sunday school and catechism teachers, former preachers and evangelists, former Imams, sheiks, ulamas, former Quranic and theology school teachers to go open and public with their religious unbelief. Very often, those who exit, or are exited from clerical training: from seminaries, theology, and Islamic schools are unable to socially reintegrate due to stigma, and antagonism that irreligious sentiments elicit.

In my case, my exit from seminary and religion has been a challenging experience. For many years I felt lonely and alone. I joined the catholic seminary at the age of 12. At different seminaries, I studied for my high school, did a degree in philosophy and spent some months studying theology before I voluntarily left the program. Leaving the priestly training was not an easy decision. It took me some years to finally make up my mind because I wanted to be sure that I was making the right decision. I waited until the time that I could cope with the negative reactions and pressures from the local catholic and religious public. I wanted to be in the mental and emotional position to manage what people would say or do in response to my withdrawal and non belief.

For instance, on the day that I went to notify my bishop, Rev Chikwe, about my decision to discontinue the training, which was in January 1994, I met his secretary. The secretary asked me what I was doing at the secretariat the day that the seminary resumed. I told him that I wanted to withdraw from the program. He exclaimed: “Ihitteafoukwu again”. I was not moved. Ihitteafoukwu is the name of my local parish. He made this exclamation because my community was known for producing many ex-seminarians. A popular (for the local church, notorious) ex-priest, Bede Onuoha, comes from my area. More importantly, it was not long after another colleague also from my village withdrew from the program. The secretary allowed me to meet with the bishop. I concluded my withdrawal formalities. I told the bishop that I wanted to go and think about the priestly job. He agreed and let me go.

I felt relieved, very relieved on leaving his office. But I had to cope with the negative reactions and how to normalize my life. My godfather, a catholic priest, did not take kindly my decision. He had been supporting my training and was unhappy that I did not consult him before making up my mind. He asked me to go and pray over it and gave me some Psalms to recite. I did not pray over anything. I left the prayer books in my house at the village and left for Ibadan where I have been living since then. When I informed my former teacher at the seminary where I studied philosophy, he stared at me for a while, sighed, and said: “Ok, Leo, but that is a huge loss”. He made this remark after he tried persuading me to change my mind. Many people felt disappointed on hearing that I had withdrawn from the priestly training. More disappointed when I told them that I had ditched religion

Meanwhile, I never signed any contract with anyone that I must be a priest. I was twelve years when my mother asked me to do the entrance examination. I did it and passed. That was how my priestly training started. I taught at a minor seminary for two years and many of my ex-students are priests or intensely religious “lay” persons. Whenever I meet my former students, some never fail to impress on me their disappointment especially on hearing about my irreligious views and positions. Some have said to me on many occasions that I moved from one extreme to another extreme. Did I?

There was this incident that I would never forget. It happened many years ago. I was in a public bus traveling to Mbaise in Imo state. I got into a discussion with a woman sitting beside me. At some point, she mentioned the name of her village and I told her that I had lived and worked there as a catholic seminarian. Then I added that I later left the priestly training. Another woman who was not part of the discussion, on hearing this sighed loudly, and said: “My son, I wish they would take two other persons to fill that gap that you created by leaving the program”. I stared at her and kept calm. Meanwhile, this woman was not a nun. From what I observed, she was married and had a family. Look, I never told her I was an atheist and did not believe in God. I wonder how she could have reacted if I did so.

The social opprobrium that goes with resigning from clerical jobs is overwhelming. Many clerics find it difficult to bear. So religious professionals are reluctant to leave the job even when they have lost their faith. They fear losing the religious social capital. Those who manage to leave the job and religion seldom speak out or openly express their positions or propositions. According to a Zimbabwean colleague, nonreligious ex-clergies are seen as confused, cursed, and unfocused. Many are reluctant to say their mind because they could be accused of doublespeak, hypocrisy and deceit.

Nothing illustrates this better than an exchange between a Nigerian colleague who is an ex-catholic priest and a Facebook user. This Nigerian colleague posted a comment on his wall. He said: “The primary characteristic of all living things is death. When I die, I will neither rest in heaven (Save your RIP. I don’t need it.), nor burn in any hell. I will simply decompose beneath or on the surface of the earth. My oil becomes fossil fuel to generate heat and energy for those who are alive. My protein becomes nutrients for the tree roots and microbes. My bones will mix with the calcium of the earth. My death won’t be a loss but an intimate reunion with nature. The oblivious unconsciousness that I enjoyed before birth shall forever be my portion after death. And so shall it be for all mortals, your superstitious consolations notwithstanding. And in response someone commented: “Chief, I will sue you for deceiving me during my early days”. This person must be one of those he preached to while he was a priest. And in his reply, the ex-priest said:

“You mean deceived (sic) with the same deception that I was equally deceived? I don’t think it’s about deception. I think it’s about ignorance and the inner strength to conquer ignorance. If you think critically as I do this day without depending lazily on just what you were told as I depended before, you will reach and possibly exceed where I am today. Keep trying fellow enquirer”. No every former member of the clergy would like to share irreligious posts on social media.

Due to hostile reactions like this, many former clerics, or religious workers cannot go open and public with their irreligious views and opinions. Sometimes these negative reactions and treatment emanate from the family. Religious relatives denounce non believing members as demonic and satanic. Incidentally, my parents were supportive and did not oppose my decision to leave the priestly training. They were concerned over my nonreligious views and activism, especially its impact on my social and political prospects. Other relatives have covertly and overtly been hostile towards me. One of them told me that for saying that there was no god and going about saying so, I would burn in the hottest part of Hell.

Look, is there any evidence of Hell somewhere hot or cold? No. Many people who resign from clerical jobs or training, and go open with their irreligious views suffer physical and psychological abuse and live with the trauma for the rest of their lives. Those who exit or are exited from the religious work or training are treated as social outcasts and misfits. Due to the stigma attached to leaving the clergy work and religion, many religious workers are unable to envision a happy and meaningful life beyond the clerical and religious worlds. This situation needs to change.

The Ex-cellence Project exists to facilitate this change and correct misconceptions about exiting religion and resigning from the clergy work. The project promotes the notion that ex-clergies excel and can lead happy and more meaningful lives beyond the precincts of clericalism and religion. It provides a sense of community and fellowship to those who have left the clergy work and religion including ex-priests, seminarians, novices, pastors, evangelists, apostles, deacons, nuns, monks, sisters, hermits, rabbis, and imams. The Ex-cellence Project will provide counseling and therapeutic programs to former religious professionals. It will help get rid of the feeling of inadequacy, despair, worthlessness, anomie and other unhealthy sentiments linked to exiting or being exited from seminaries, clergyship, religious formations and professions.

Leo Igwe is a co director of the Ex-cellence Project.