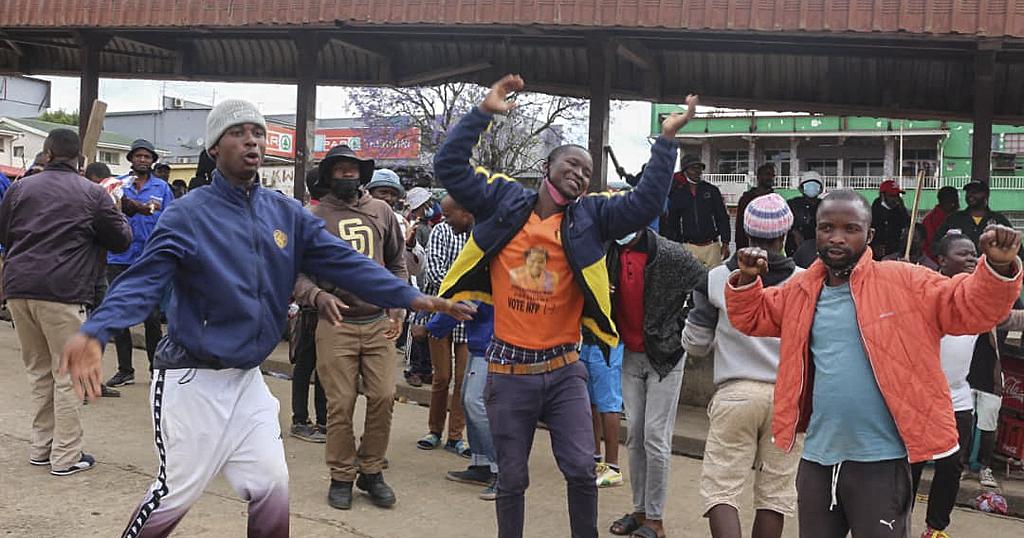 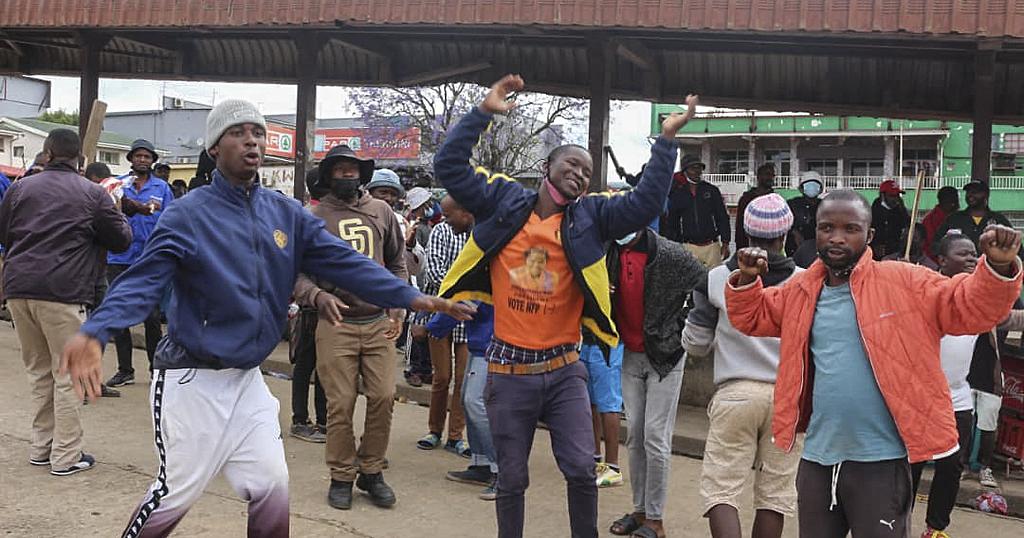 Protesters gather against police brutality in Manzini, Eswatini, a country rocked by a wave of pro-democracy demonstrations.

“There’s aboslutely no bases for the state forces to use such brutality against workers”, says transport association (SACAWU) secretary Sticks Nkhambule, asking for the “release of the arrested MPs, and full democratisation of the country so citizens can enjoy there full rights as citizens”.

On Saturday, the governmet said it had shut its schools “indefinitely with immedi ate effect” as the country faces a wave of pro-democracy protests.

Pupils and students of the tiny, landlocked nation formerly known as Swaziland have been protesting for a number of weeks, boycotting lessons and calling for free schooling, as well as an end to the regime under King Mswati III.

“His Majesty’s Government has taken the decision to close schools indefinitely with immediate effect,” Prime Minister Cleopas Dlamini said in a statement.

According to pro-democracy activists, the army and police have been deployed in schools this week, and several students have been arrested.

At least 28 people died as police clashed with protesters in some of the worst unrest in the southern African country’s history. The latest fatality came Wednesday.

On Friday, Eswatini shut down the internet for two hours as pro-democracy marchers headed to the capital.

The shutdown came as images of the protests circulated on social and traditional media, including pictures of two people who said they had been injured by gunshots fired by security forces.

On Saturday, the situation was calm, according to an AFP journalist.

King Mswati III has ruled Eswatini since 1986 and owns shares in all of the country’s telecoms.

He is criticised for living a lavish lifestyle in one of the world’s poorest countries and is also accused of stifling political parties.

The king has accused demonstrators of depriving children of their education by taking part in the protests. 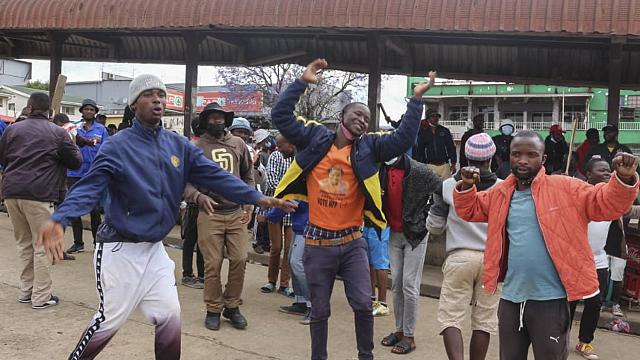