The Catholic Church in the Democratic Republic of Congo has thrown its weight behind protests against President Joseph Kabila extending his rule.

It called on people to peacefully oppose his move to delay presidential elections until a census is held.

At least 11 people have so far been been killed in the protests.

It is the worst unrest in the capital, Kinshasa, since the riots which broke out after Mr Kabila won a second term in disputed elections in 2011.

Mr Kabila, who first took power in 2001 following the assassination of his father Laurent, is constitutionally barred from running for another term in elections due next year. 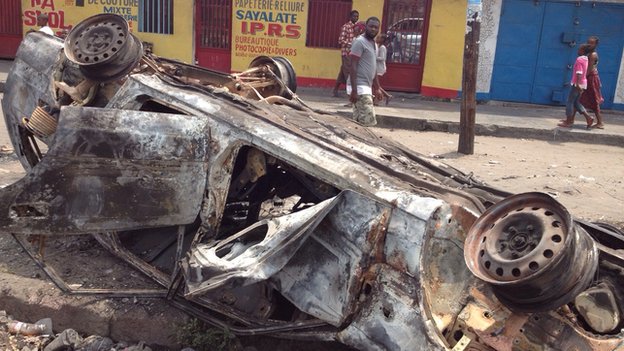 The opposition says government plans for a census are a ploy to delay the poll so that he can hang on to power.

The government admits the election could be delayed, but says the census is vital to ensure polls are free and fair. 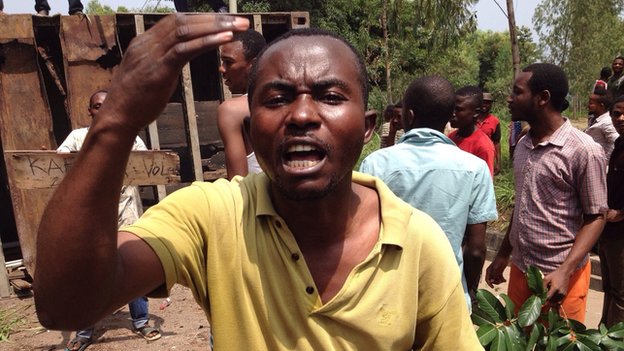 Protesters are adamant that the elections should be held next year

The Catholic Church, the largest in DR Congo, has shut its schools as violent protests continued in Kinshasa for a third day.

The BBC’s Maud Julien reports from the city that security forces and protesters clashed again at the government-run University of Kinshasa, the focal point of protests.

Demonstrators told her that security forces fired live ammunition, killing four of them. There is no independent confirmation of this.

During a visit to the campus, she saw many buildings gutted by fire, including dormitories for female students.

Windows had been shattered, and the impact of bullets was clearly visible.

Radio France International, the main foreign broadcaster in DR Congo, has been pulled off air, our reporter says.

On Tuesday, internet connections and text messaging services were blocked, apparently on the orders of the government.

Many shops had been looted and set ablaze as the protests turned violent, our correspondent says.

“Stop killing your people,” he said in a statement. 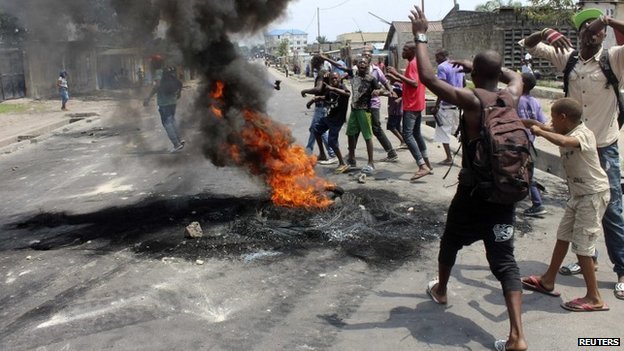 The government says it will not tolerate violence 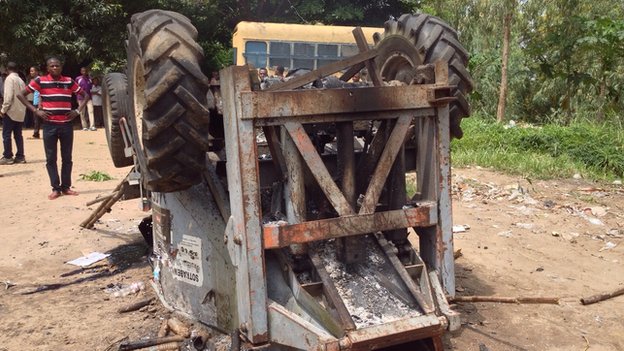 The unrest has caused extensive damage 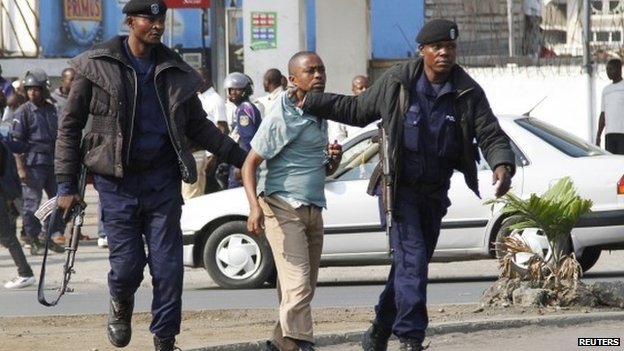 The cardinal called on the public to challenge by all “legal and peaceful means any attempt to change laws that are essential to the electoral process”.

Government spokesman Lambert Mende said the 11 who died in Monday’s and Tuesday’s clashes included a policeman shot by a sniper and 10 civilians killed by security guards while attempting to loot private properties.

He said 22 people had been wounded, most of them policemen.

Opposition leader Vital Kamerhe disputed the government’s figures, saying 28 protesters had been killed – eight on Tuesday and 20 on Monday. 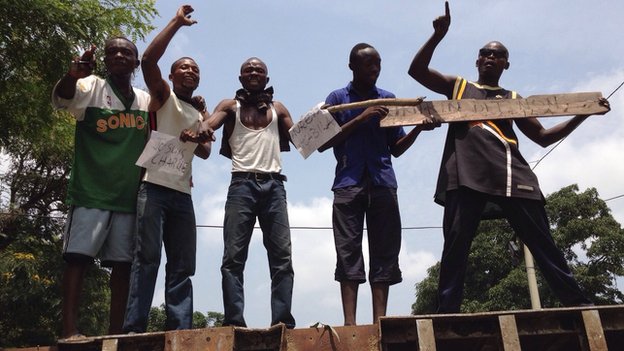 Kinshasa is seen as an opposition stronghold 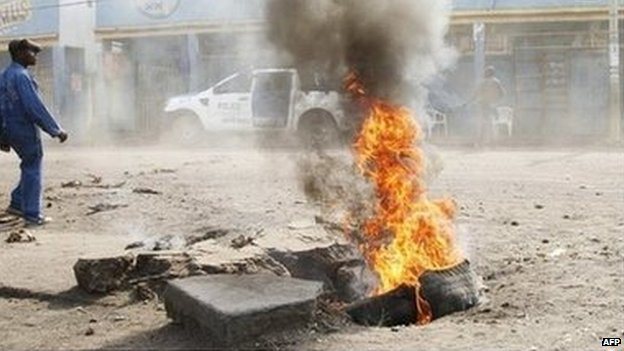 Many shops were looted as the protest turned violent 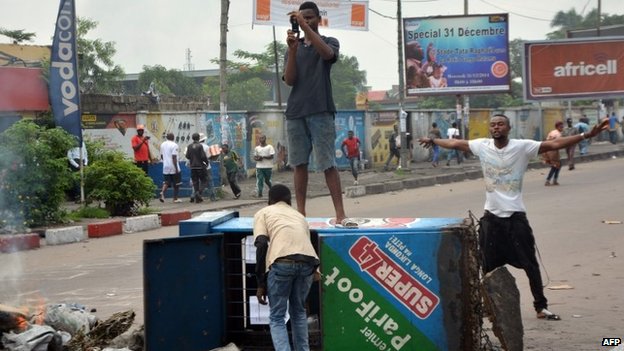 The protesters have vowed to force Mr Kabila to step down

The protests coincided with a debate in the Senate, the upper parliamentary chamber, over government plans to hold a census before elections.

Most senators, including members of the governing party, said they were opposed to the plan because it risked destabilising the country.

The lower chamber, the House of Representatives, approved the plan on Saturday, in a vote boycotted by opposition MPs.

The opposition says this amounts to a “constitutional coup” by Mr Kabila, as it will take about three years for a census to be conducted in DR Congo, which is two-thirds of the size of western Europe, has very little infrastructure and is hit by instability in the east.

DR Congo, formerly known as Zaire, has never had a reliable census since independence from Belgium in 1960.