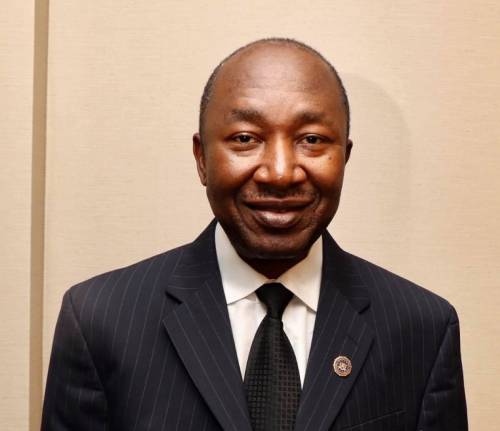 Former “President Trump is a 76-year-old man; he is not an impressionable child,” came as the stinging words from the special January 6 Congressional committee Vice Chair Rep. Liz Cheney, Republican of Wyoming.  “Just like everyone else in our country, he is responsible for his own actions and his own choices.”
The influential daughter of the former vice President of the United States, Dick Cheney, drew a line that the committee will not hesitate to hold Mr. Trump responsible for his actions regarding the planned actions of the political mob and troublemakers who invaded the U.S Capitol January 6, last year.
She insists that Mr. Trump had access to the most comprehensive and factual information regarding the outcome of the elections but decided to inflame and incite mayhem at the legislative building across the White House.

“No rational or sane man in his position could disregard that information and reach the opposite conclusion” Ms. Cheney noted.
Cheney and the committee reported 3 days ago on July 12, 2022 that Trump attempted to phone call a witness in the Jan. 6 investigation following the explosive hearing on June 28 with former White House aide Cassidy Hutchinson.
The committee passed along the information to the Justice Department. She warned “We will take any effort to influence witness testimony very seriously”.
Stripped all the legalese, Trump is potentially going to be charged with witness tampering!

As if the actual offenses and emerging problems for the former President Trump were not enough, a revealing text message from his former campaign manager Brad Parscale as his analysis and response to Trump’s incendiary speech at the rally preceding the Jan. 6 insurrection is jaw-dropping:
“This is about Trump pushing for uncertainty in our country, a sitting President asking for civil war”, Parscale wrote to Trump’s former campaign adviser, liar and distorter extraordinaire Katrina Pierson.
The texts were shown at the hearing Tuesday.

He said he felt guilty for helping Trump.

It was not over. No!
Rep. Stephanie Murphy (Democrat of Florida) said Trump’s lies in that January 6 speech were inflammatory lies for his supporters.
“He lied to his supporters that the election was stolen. He stoked their anger…. He called for them to fight for him. He directed them to the U.S. Capitol. He told them he would join them, and his supporters believed him….. And many headed towards the Capitol. As a result, people died, people were injured. Many of his supporters’ lives will never be the same.”
In fact, America has not been the same ever since!

I remember that on January 6, 2021, alone, four Americans died — from conflict and commotion following his noon-time marching orders, specifically:
“If you don’t fight like hell, you’re not going to have a country anymore. Let the weak ones get out….  This is a time for strength.”
Before that event, there’s this incitement from the early morning hours of December 19, 2020. Mr. Trump put out a tweet inviting his supporters to come to Washington DC in about 3 weeks: “Big protest in D.C. on January 6th,” Mr. Trump tweeted. “Be there, will be wild!”
And, it became very wild. It all seemed like a gathering of nativists, some retired members of the armed forces, nationalists, xenophobes, neo-Nazis, skinheads, and certified racists such as the so-called ‘Proud Boys.’

This special committee the United States Congress has exposed some of the hidden and behind the scenes manipulations and lies by the Trump presidency.
We’ve all seen that Mr. Trump started his embattled presidency with an overdose of racially polarizing agenda. Trump and his enablers decided from the beginning that they will force-feed Americans and the world a sweetened but toxic porridge of bold and bald lies as daily requirements and operational instruments for governance. It has been almost Orwellian — where bronze is gold, bad is good and lie is truth.
Consequently, history will, again, denote him as the only man who had the rare privilege of serving as the president of the United States but chose, willfully and giddily, to pursue violent and unlawful assault at the System of responsible governance and democracy. The Trumpians and the Trump presidency ended with terrible, nightmarish acts of brazen violence and killings of law abiding Americans. Threats and intimidation of local election officials…
There are two, key questions remaining.
First, will Mr. Trump face the legal implications of his actions especially instigations leading up to and on the day of January 6, 2021?
Second, who else will be held responsible for the deaths of several police officers and public servants on that Trump day of infamy and Trumpian brigandage?

*Dr. Chido Nwangwu, author of the forthcoming 2022 book, MLK, Mandela & Achebe: Power, Leadership and Identity, serves as Founder & Publisher of the first African-owned, U.S-based newspaper on the internet, USAfricaonline.com, and established USAfrica in 1992 in Houston. He has appeared as an analyst on CNN, SKYnews, VOA, BET news, SABC, and served as an adviser on Africa business to Houston’s former Mayor Lee Brown. Follow him @Chido247