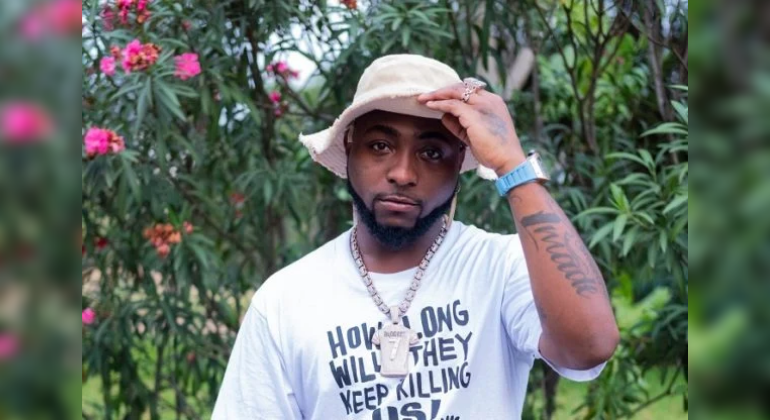 The Nigerian Communications Commission has warned Nigerians about a new way fraudsters are scamming people using Nigerian singer, Davido as a cover.

This is coming after the singer announced that he was giving out N250 million to orphanages across the country after crowdfunding from fans and colleagues for his birthday.

In a statement signed by the Director, Public Affairs, Dr Ikechukwu Adinde titled ‘Re: “Davido Airtime and Data Giveaway”’, the Commission stated that scammers are on the prowl to swindle unsuspecting Nigerian telecom users claiming that Davido is giving airtime and data to subscribers as part of his birthday celebration.

The statement read in part, “Exploiting Davido’s benevolence, a group of scammers rolled out an advertorial titled ‘Davido Airtime and Data Giveaway’, which went viral, claiming that Davido is ‘giving out free 5K Airtime and 10GB Internet data of All Networks’ to celebrate his birthday.

“In the advertorial, the general public is urged to hurry and get the gift by clicking on the links that supposedly redirect them to network sites, where they will be credited with airtime and data. This is a scam.”

The Commission warned that the scammers aim to get the phone numbers of those who input their details to get valuable information from their GSM in the future.

The statement also warns that hackers can use the information they would get from these numbers to access private information which could lead to identity theft and other criminal acts.

“The NCC wishes to advise our teeming telecom consumers to have nothing to do with the advert or any similar bogus enticements. The adverts are what they are – social engineering rip-offs designed to get people’s MSISDN and other information that fraudsters can use later to defraud unsuspecting telecom consumers and members of the public.

“For clarity, the MSISDN, meaning Mobile Station Integrated Services Digital Network, is simply the full phone number of a cellphone, in addition to other protocol information. This number is unique and identifies subscribers/owners in a Global System for Mobile Communications or other mobile networks.

“Therefore, it suffices to state that any unscrupulous person or unethical hacker can use the number and attendant protocol to undermine the privacy of the real owners of the number through identity theft and other scams,” the NCC warned.