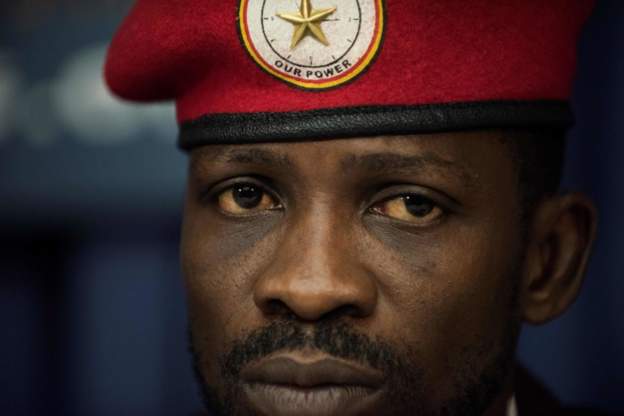 The former presidential candidate was leading a team of MPs from his party, the National Unity Platform, in a protest on Monday.

Bobi Wine and his fellow politicians were protesting the arrests and disappearances of their supporters in the lead up to, during, and after the January presidential election.

Local media reported that security forces fired tear gas to disperse the crowd that was marching with the politicians.

AS IT HAPPENED: This is what our cameras captured as @NUP_Ug President Robert Kyagulanyi and some party members were arrested from downtown Kampala where they were staging what termed as a peaceful protest. #NTVNews #UGDecides2021

On Bobi Wine’s official twitter account, a message was posted saying “The right to protest peacefully is a fundamental human right. We are protesting for hundreds of missing Ugandans whose families have not heard from them for months! Those who have showed up have been grossly tortured- castrated, fingernails plucked out, eyes smashed, etc.”

Bobi Wine arrested as he led MPs and other leaders in a peaceful protest against the abduction, torture and murder of his supporters. The protest was taking place at City Square, Kampala.
~ ADMIN

On Sunday, Bobi Wine called on his supporters to use peaceful means to protest against the election results.


The politician has claimed the elections were rigged but withdrew an earlier legal challenge while insisting that security forces produce his missing colleagues.

Here are Africa’s 10 Most Forward-Thinking Countries