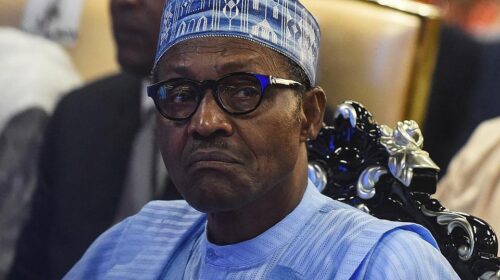 Nigeria has recently been voted for as one of the safest countries in the world to live in. It has a zero-crime rate and you’re a lot safer walking the streets of Lagos than you are in London or New York.

This of course, is one big fat lie!

As part of his Eid el Maulud message to the nation President Buhari suggests “time has come to revise the prefixes ‘rising insecurity’ with ‘declining insecurity’ “. In short, he’s asking us to be economical with the truth. So, in short, the DSS can only do so much to stop the truth getting out and now the Presidency is politely asking journalists to “lie small, small” (- or else?). Twitter is down (unless you are using a VPN) and any other Social Media site used to discuss the rising insecurity in the country can be shut down with a single nod from Aso Rock.

Now, we can’t all be Lai Mohammed, as a reporter/journalist/columnist we have a job – and responsibility – to report what we see, truthfully, for the benefit of the populace. To follow the Presidents directive would be like telling a doctor to downplay the dangers of the Covid pandemic.

The general public has a right to know what is going on in the world around them. If you downplay the insecurity in the country you risk lulling people into a false sense of security and the criminals will become bolder knowing the people have dropped their guard.

This comes at a time when the Nigerian Airforce allegedly had to bribe bandits, with N20 Million, to return an anti-aircraft gun they had stolen but we’re not allowed to report it, Wall Street Journal dey lie!

A journalist code of ethnic’s states that a journalist must serve the people with devotion, educate while avoiding sensationalism without distorting or manipulating the facts.

So in the past 48  hours of ‘declining insecurity’ in Nigeria the following has happened:

…and that’s not taking into account all the other ‘minor’ crimes like the Fulani herdsmen going on the rampage, again, and everywhere; cultists killing one another in running battles across the country; armed robbers having a field day in Lagos, kidnappers etc,etc.

In 2019 I wrote an article entitled “ The Death of Free Speech in Africa” (https://naijagists.com/the-death-of-free-speech-in-africa/) in which I pointed out that African leaders were back to their old tricks of controlling the media and this was before the Twitter ban in Nigeria: control the media and you can control the people forever. It works well in North Korea, China, Russia and some African countries and now its slowly becoming practice again in Nigeria. Again, its being brought back by the same man who in 1984 tried to repress the press with the infamous Decree 4.

So, in my article next month I’ll be writing that the glorious Nigerian Army has exterminated all but five members of the dreaded Boko Haram: Governor Nasir el-Rufai has announced that Kaduna state is finally bandit free; the South-East is the most peaceful – and safest – place to live in Nigeria and all yahoo-yahoo boys and cultists are being rounded up.