Six individuals who have been cleared to contest for the presidency of the Ghana football Association are hoping to secure the top job to reform the body.

The election which is set for October 25, will see five men and a woman vying to replace disgraced former president Kwesi Nyantakyi.

Vetting process this month was without no controversy after some candidates were disqualified.

120 delegates from the football constituents are expected to choose a president and executive council members on October 25 after meeting the integrity test by a five member election committee.

Here are the candidates vying for the top job:

Kurt Okraku is the executive director of Ghanaian premier league side Dreams FC. He holds masters’ degree in sports management from University of Liverpool.

Amanda Akuoku Clinton is an astute lawyer who has dealt with major international clients. She recently represented the Ghana football Association in court after the Ghana government made moves to dissolve the FA.

George Ankomah Mensah is also a well-known Ghanaian legal practitioner. He is the owner and founder of Ankomah and Associates. 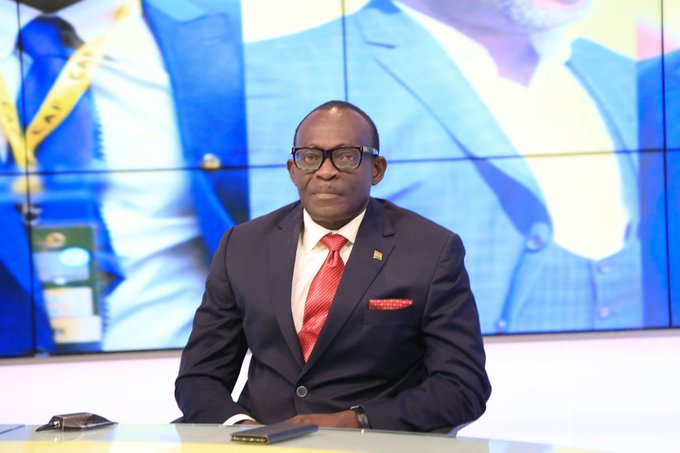 Fred Pappoe is a former FA vice president and also works with the Danish embassy in Ghana with the administrative department. He is also a well-established businessman.

After the launch yesterday, the balloting was done earlier today. Your man, Fred Pappoe is third on the list. The “battle lines” have been drawn. #FredPappoe4GFA#GFArevival#SupportTheBid pic.twitter.com/DHRWaHSo4b

George Afriyie who is a businessman is also the owner of division one side Okyeman planners and is also affiliated to premier league side Liberty Professionals.

Nana Yaw Amponsah holds a master degree in sports management and is the owner and bankroller of division one side Phar Rangers in Ghana.

After today’s balloting for the GFA Presidential Candidates, Nana Yaw Amponsah will be number 5 on the ballot paper.

The post of Football Association president became vacant after former boss Kwesi Nyantakyi was banned for life by FIFA for breach of conduct.

He was captured in a video receiving gift in the number 12 expose by Ghanaian investigative journalist Anas Aremeyaw Anas in June 2018.