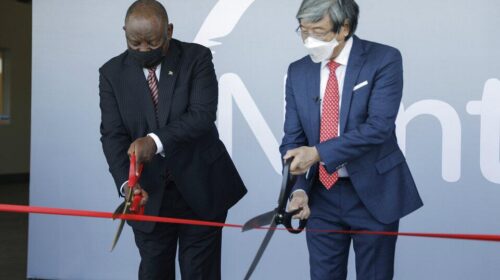 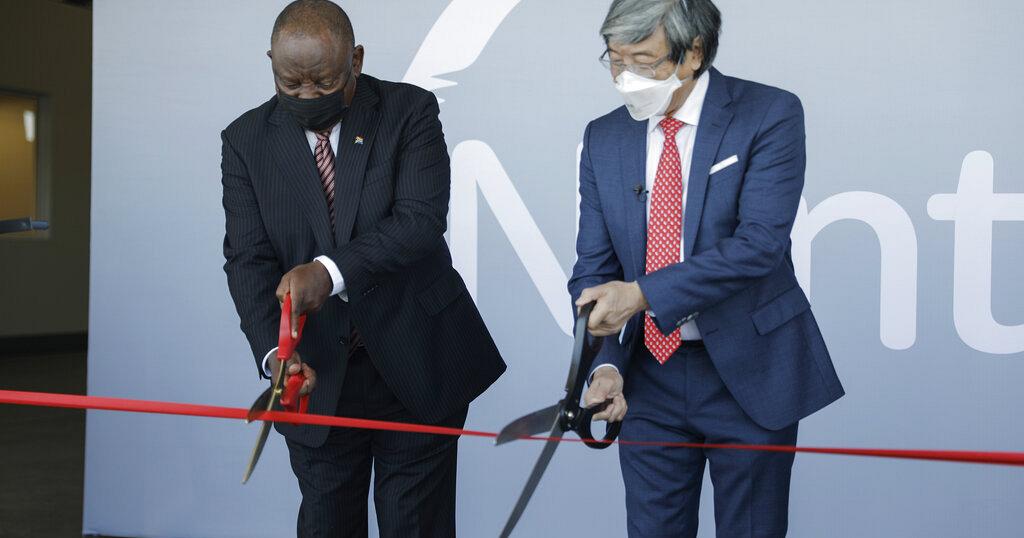 South African President Cyril Ramaphosa has opened a new vaccine manufacturing facility that he says will boost the country’s capacity to produce its own vaccines for diseases including COVID-19.

The factory located in Cape Town was also launched by Patrick Soon-Shiong, the South African-born founder of NantWorks, a multinational biotechnology firm based in the United States that has invested about $200 million to start the facility, according to local reports.

“The pandemic has revealed the huge disparities that exist within and between countries in access to quality healthcare, medicines, diagnostics and vaccines,” said Ramaphosa on Wednesday. Africa is responding to COVID-19 with a “depth of scientific knowledge, expertise and capacity,” to make its own vaccines, he said.

The new plant aims to reach a goal of producing 1 billion vaccines annually by 2025.

President Ramaphosa in a twit reach out to the world for similar interventions address Africans problems in the health sector.

South Africa’s Aspen Pharmacare already assembles the J&J COVID-19 vaccine in a factory in Gqeberha, formerly known as Port Elizabeth. The Aspen facility blends the imported components of the vaccine, puts it in vials, and packages the doses, a process known as fill-and-finish.

That facility has a capacity of 220 million vaccines per year and is selling them in South Africa and to other African countries.

“These doses represent only around half of what the continent needs to vaccinate 900 million people in order to achieve the 70% target set by the World Health Organization,” said Ramaphosa.

In addition to producing vaccines for COVID-19, the new facility will focus on developing products to fight HIV, different types of cancer and other diseases that may not be a huge problem in other parts of the world but are major health problems in Africa.

According to John Nkengasong, director of the Africa Centers for Disease Control and Prevention, the new facility will help address public health challenges confronting the continent. 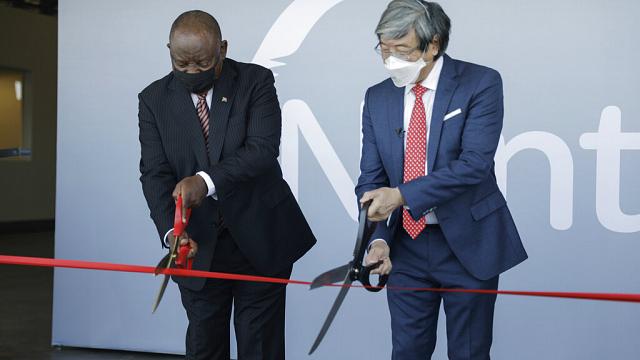