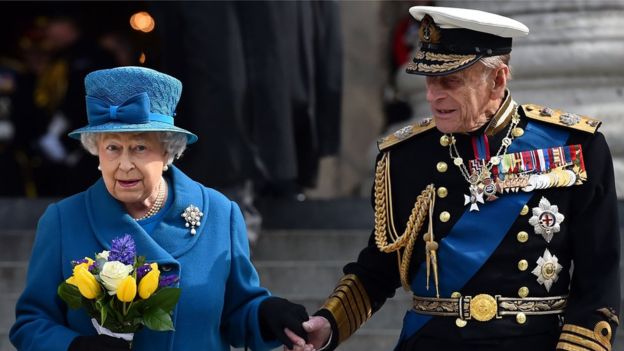 “His Royal Highness passed away peacefully this morning at Windsor Castle.”

It is with deep sorrow that Her Majesty The Queen has announced the death of her beloved husband, His Royal Highness The Prince Philip, Duke of Edinburgh.

His Royal Highness passed away peacefully this morning at Windsor Castle. pic.twitter.com/XOIDQqlFPn

The prince married Princess Elizabeth in 1947, five years before she was crowned Queen.

Their first son was the Prince of Wales, Prince Charles, followed by his sister, the Princess Royal, Princess Anne, the Duke of York, Prince Andrew, and the Earl of Wessex, Prince Edward.

Speaking at Downing Street he said “He helped to steer the Royal Family and the monarchy so that it remains an institution indisputably vital to the balance and happiness of our national life.”

“We give thanks as a nation and a kingdom to the extraordinary life and work of Prince Philip.”

Prime Minister Boris Johnson says the nation mourns with the Queen following the death of the Duke of Edinburgh.


In March this year Prince Philip, the Duke of Edinburgh spend a month in the hospital for treatment.

He underwent a procedure for a pre-existing heart condition at another London hospital – St Bartholomew’s.