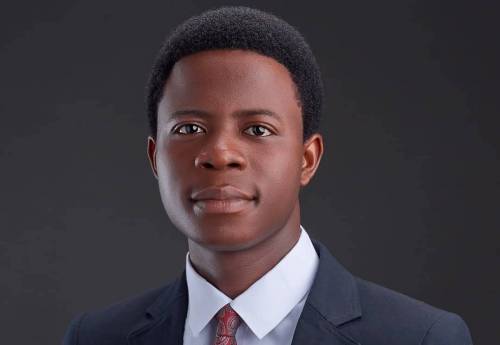 “When the public’s right to know is threatened, and when the rights of free speech and free press are at risk, all of the other liberties we hold dear are endangered” – Christopher Dodd

Last week, access to the website of the online newspaper, Peoples Gazette, was outrightly restricted in what looked like a coordinated attack from the Nigerian government which was orchestrated by mobile telecommunication companies including MTN, Glo, and 9mobile. Somehow, the news of the clampdown came as a rude shock but was not in any way surprising. In 2020 alone, for instance, not less than 51 cases of journalists and bloggers unlawful arrests, detention, assaults, threats, and seizure of equipment were reported. Generally, in the last five years, the atmosphere has been increasingly dangerous and toxic for journalists and media practitioners.

To be clear, the disruption of Peoples Gazette website is illegal, unconstitutional, arbitrary and unjustifiable in a democratic society. By virtue of Section 39 of the 1999 Constitution of the Federal Republic of Nigeria (amended 2011), the right to freedom of expression and the press is guaranteed as a sacred right that cannot be whimsically derogated without lawful justification. In fact, Nigeria has an international obligation to guarantee, protect and respect the right to free speech and free press. Under Article 19 of the Universal Declaration of Human Rights, 1984 and Article 9 of the African Charter on Human and Peoples’ Rights, 1986, press freedom and media rights are abundantly guaranteed and protected.

Interestingly, our Court in the case of State v. Ivory Trumpet Publishing Co. Limited (1984) 5 NCLR 736 held in clear terms that the “freedom of the press is a bulwark of democracy. The Nigerian Constitution has, in fact, obligated the press to uphold the responsibility and accountability of the government to the people”. I make bold to say that democracy dies the day the liberty of the press becomes brutally suppressed. For a country that operates democracy like ours, the liberty of the press to make publications without any fear or favour and to hold the government accountable to the people should not be capriciously threatened. Any attempt to stifle press freedom amounts to a coup against our constitutional democracy and the people’s freedom. Arthur Nwankwo v. The State (1985) 6 NCLR 228

Therefore, the attack on the website of Peoples Gazette is a naked abuse of power, show of dictatorship and an unpardonable assault on media freedom in Nigeria. The Federal Government has no such right in law to shut down the website of a media platform without making any recourse to the court. The position of the law is that even where an online newspaper has made publications that the authorities feel violate the extant laws of the land, the option is always open to seek redress in the court of law. In every civilized and democratic society, the government is not empowered to take law into its hands by resorting to executive lawlessness in driving home their grievances.

During the Second Republic, Concord Press published a false and malicious story against Chief Bisi Victor Onabanjo, the then executive Governor of Ogun State. Instead of looking for ways to illegally shut down the offices of the media organization, the Governor simply went ahead to sue the newspaper for libel. Good enough, our court in the popular case of Bisi Onabanjo v. Concord Press of Nigeria (1981) 2 NCLR 349 held that indeed the publication was libellous and consequently ordered cost against Concord Press. This exactly is the way any government that respects the rule of law and the cardinal principles of democracy should operate. Doing any harm to a media organization outside the confines of the law amounts to media censorship.

Why is the government afraid to drag Peoples Gazette to a court of competent jurisdiction if it feels ‘offended’ by any publication? Why resort to unlawful means? Well, only the guilty are afraid!

In another breath, the assault on the media rights of Peoples Gazette is not entirely baffling because the government of President Muhammadu Buhari has been very allergic to critical voices. And it is no news that Peoples Gazette is a distinguished news platform that has been consistent in exposing massive corruption, bad governance, nepotism, maladministration and other undemocratic tendencies ongoing in this administration. Thus, illegally delisting Peoples Gazette website points the accusing finger to a government that stops at nothing in gagging courageous voices that stand for the people and against the inefficiency of the authorities.

Digital rights are human rights fully guaranteed under our constitutional jurisprudence. This desperate attempt to gag press freedom in Nigeria can never stand the test of constitutional validity. The media stands as the cornerstone of our democracy. To launch perpetual attack at press liberty is to destroy the very foundation of our democracy. It is not only evil to suppress the freedom of the press, it is undemocratic and unconstitutional. The country remains a risk and our humanity suffers in danger where the freedom of expression and the press is endangered and encroached without lawful justification.

At this juncture, it is important that all patriots rise in defence of press freedom. For a government to shut down the website of a reputable media platform without any sense of shame or recourse to the courts symptomizes a full descent to tyranny. Instructively, Nigerians must resist any form of intimidation shown towards the press. God forbid, in a situation where the government is allowed to get away with this heinous constitutional infraction and gross misconduct, the liberties of all citizens are gone for good. So, we must collectively demand for the immediate and unconditional reactivation of Peoples Gazette website – to avert a perilous precedent.