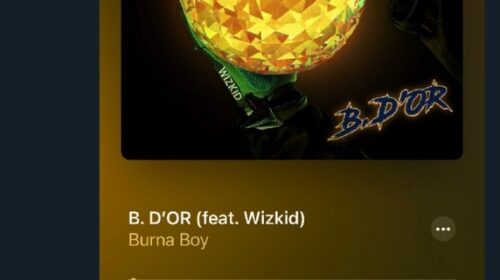 Nigerians have been trolling Ghanaian Dancehall artist, Shatta Wale since yesterday after seeing a surprising post on Achraf Hakimi’s twitter page. The Paris Saint-Germain wingback posted Burna Boy’s song, Ballon D’or featuring Wizkid, on his page and got Nigerians buzzing and amazed about how far the song has gone.

The song has recieved vigorous patronage since its release in December 2021 and played almost every part of the world. Fast forward the engagement on Hakimi’s tweet has been massive, recieveing 43k likes and over 10k retweets so far. 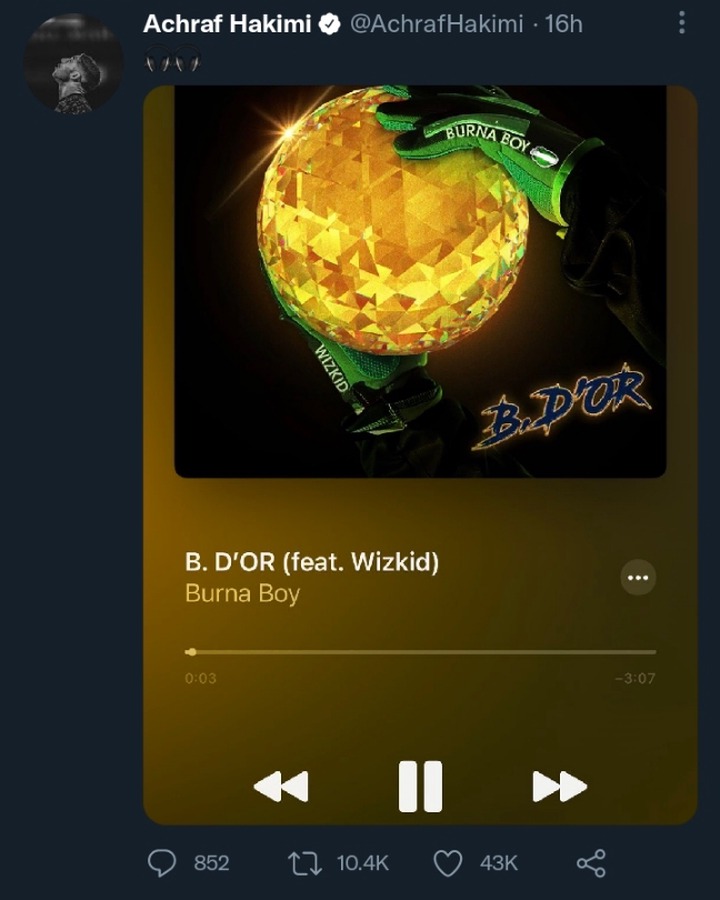 The commentors were largely Nigerians, with some eulogizing the award-winning musician for his greatness while others tagged the Nigerian singer under the post. There were some funny comments one which one tweep claimed, he has forgiven Hakimi for snubbing Chelsea for his current club, Paris Saint-Germain because he posted the song. 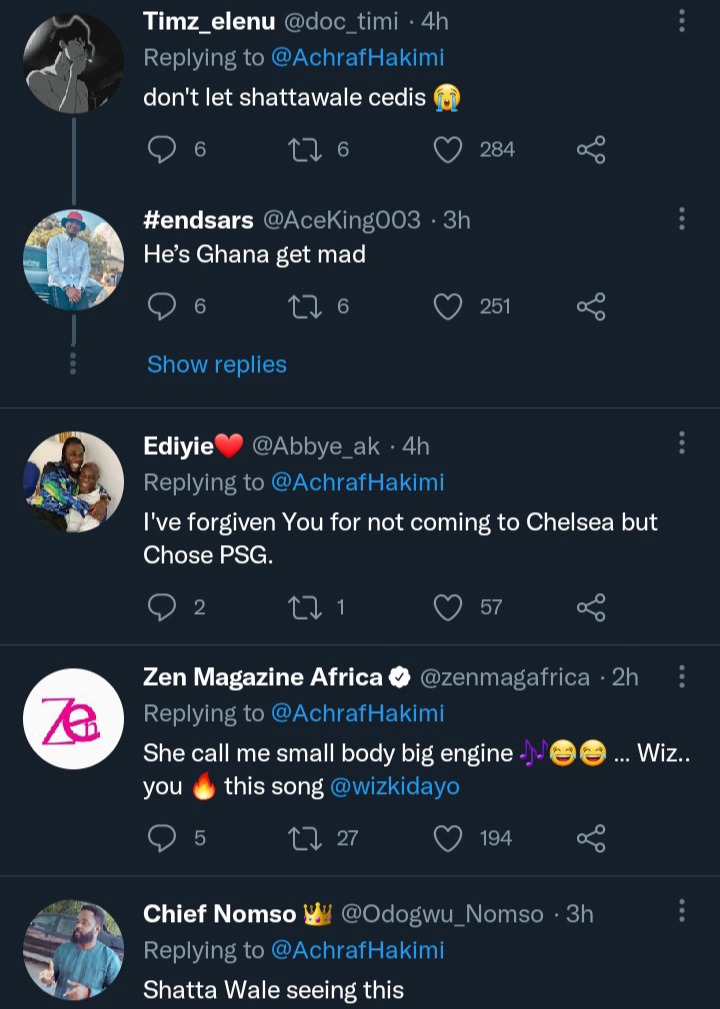 The music duo were involved in a heated social media exchanges few weeks ago, following claims by Shatta Wale that, Nigerian musicians do not replicate the support and promotions Ghanaian musicians give to their crafts. The Shatta movement boss went on to lambast Nigerian artists with some vulgar words gaining him an antagonistic tag in the eyes of most Nigerians.

Fast forward Burna Boy has gradually made his way into the upper echelons of global music, arguably the best musician in Africa and one of the best in the world. He is one of the few African musicians to have won the prestigious Grammy Awards, coupled with his mammoth fanbase outside and on the continent of Africa, it is not surprising Achraf Hakimi tweeted his song on his page.

Content created and supplied by: TheHague10 (via Opera
News )