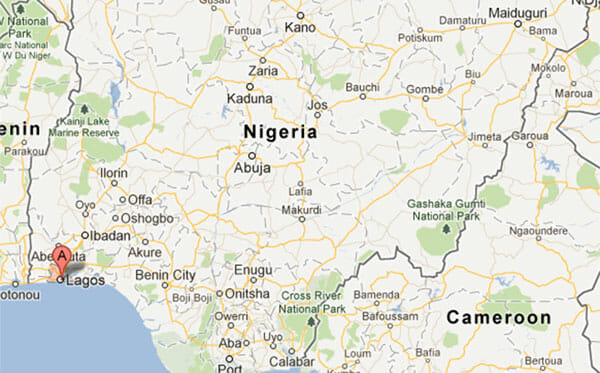 There is no better time to reflect on some of the self-sabotaging habits of Nigerians than a period the country is marking her independence anniversary. There is no better period to do so other than a time we are marking the 62nd anniversary of that historic ceremony that saw the British Union Jack lowered and Nigeria’s Green White Green raised, proclaiming our independence from the British.

But like Afrobeat icon, Fela Anikulapo Kuti, noted in his evergreen song: “Kolo Mentality,” are we truly independent?

The white men freed us 62 years ago. Have we freed ourselves from colonial mentality? Have we liberated ourselves from inferiority complex and low self esteem? Do we believe in ourselves, our enviable human resources, the potential and talents of our massive youth population?

If we do, why then is the obsession with foreign goods and services at the expense of locally made ones? Why do we prefer to go abroad in search of what can be sourced locally, even for things in which we have comparative advantage over other countries?

Do we know that why our naira keeps depreciating is because we have left local industries to rot away while we chase foreign goods? We are not export competitive. We import everything and export almost nothing. And if we don’t earn foreign exchange, our currency can’t be strong.

The major source of our foreign exchange is oil and gas, but we are not able to meet our Organisation of Petroleum Exporting Countries quota due to the organised crime called oil theft. We also killed the local refineries so that we can import refined petroleum products for local consumption. And we use the meagre resources from the sale of refined products in the international market to fund the government scam called fuel subsidy or under-recovery. Sometimes, one is tempted to think we are cursed with importation.

It is disheartening that while other African countries are looking inwards and helping their local industries to grow, our elite here brag about importing food items, source medicals and education from even less endowed nations.

Nigeria, a country where foreigners used to come for medical and educational tourism in the 60s and 70s, has now become a shadow of its old self. Even though we have qualified doctors and committed teachers, our leaders fail to make the jobs easy for them for the selfish reason that they can always go abroad to access these services for themselves and family members.

History has it that Ahmadu Bello University, Zaria; University of Ibadan; University of Nigeria and other first-generation universities used to admit foreigners from different parts of the world. Sadly, decades later, Nigeria has now deteriorated to the extent that Nigerians prefer to send their children to neighbouring countries such as Benin Republic, Togo and Ghana to acquire education. How Nigerians don’t feel ashamed to do this will continue to baffle me.

Nigerians who just manage to make some little money seem to like to send their wards to tiny African countries just for the purpose of bragging among friends: “My daughter is studying Medicine in Sudan.”

The truth is an average Nigerian that can afford to send his/her child to Morocco, Sudan, Ghana, etc can afford private universities in Nigeria, but they prefer the former. Because of this obsession for abroad, former Vice President Atiku Abubakar made it easier for those that want American standard education by establishing the American University in Yola, Adamawa State, but Nigerians still choose to patronise same American Universities in Sudan and other unstable, less endowed African countries just for the purpose of the “abroad” effect.

This “abroad madness” is prevalent in every facet of our national life. It is now almost a law in Nigeria that all private primary and secondary schools must import school uniforms from Europe and force parents to pay exorbitant fees for those uniforms. For God’s sake, why must we import school uniforms from London? Why can’t the government and private sector come together to revive the textile industry and make it churn out quality, long-lasting stuff and make it export competitive instead of keeping European factories busy and making our local factories redundant?

Sometimes I wonder how a group of people will hate themselves like this and turn out to blame the devil for the country’s woes or pray to God to help fix the unemployment and poverty they caused with their eyes wide open when they are exporting jobs to other countries and importing poverty into their own country through the importation of just anything.

It is not only the fact that people seek medical attention and sound education from abroad that bothers me, but the unpatriotic attitude that some Nigerians display is worrisome. While we have productive, young Nigerians that are making nice shoes and bags, some people would still rather buy China-made, with lesser quality, as part of the “abroad madness” that we have been talking about all day.

Abroad-crazy Nigerians have recently hit an all-time low. It will shock many to discover that even toothpicks and eggs are now imported. Cow-skin used for “ponmo” are also imported from outside the country by Nigerians who do not wish the country well.

Other countries generate revenue by attracting foreigners to visit their country for vacation and other purposes because they are always innovating and making new things that will attract people to their countries. Sadly, Nigeria barely receives tourists from other countries these days. We do not even have modern-day tourist centres anymore, to begin with. The few ones we used to have, have either been destroyed during ethno-religious clashes or have been left to rot away by successive governments.

The sad truth about our obsession with foreign stuff at the expense of locally-made ones is the fact that we export employment and import poverty and unemployment into our country.

It can be argued that the standard and quality of foreign goods are more often than not better than what we have at the local level, but there is nothing wrong with boosting the quality of local ones and making them export-competitive. We have the Standards Organisation of Nigeria and Federal Competition and Consumer Protection Council, which are responsible for ensuring that goods manufactured in the country and services rendered are of acceptable standards.

It is understandable that no country can stand on its own irrespective of its level of development as we need one another in the comity of nations. But in serious countries, people do not import things they have comparative advantage in over other countries. As they rely on other countries for certain imports and services, they also have something to export to the other countries and earn foreign exchange.

But Nigerians want to import everything, they want to go abroad for everything, even for things they have readily available in their own country. For patriotic citizens of sane countries, importing stuff and going abroad to access certain services is a matter of necessity, but for Nigerians, going abroad or patronising foreign made stuff is a matter of luxury, class, taste and bragging rights.

The education and health care sectors in Nigeria are on crutches because the people that are supposed to repair and maintain them allow them to rot, knowing full well that they can seek better and quality treatment/education outside the country. It does not bother them that the doctors and lecturers’ unions are always on strike every year to complain of the same infrastructural and welfare issues. In the midst of the strike by the Academic Staff Union of Universities, they will even parade their wards who are graduating from foreign universities on social media. They don’t care.

Way forward
Nigerians must look inward. The past crusade about patronising made-in-Nigeria goods and services must come back so that people will know the economic gains of supporting local industries and escalating their capacity in the international market.

There should be a ban on the importation of certain products which we can manufacture in the country such as toothpicks, textiles, sachet tomatoes, toothpaste and lots more. It is embarrassing that a country as large as Nigeria imports such items. Government and other stakeholders must also find a way to boost the quality and acceptability of local goods and services.

Nigerians must purge themselves of inferiority complex and slave mentality. They must believe in the greatness or potential of fellow citizens, and learn how to buy local.

But on the issue of medical and educational tourism, until there is a law that forbids political office holders from patronising foreign hospitals and schools, the political class will not be forced to do the needful.