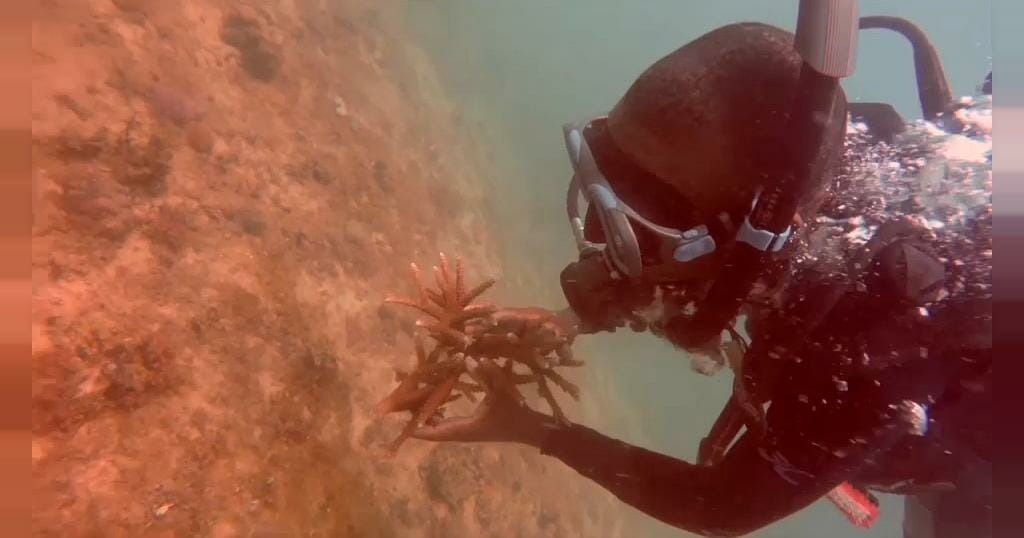 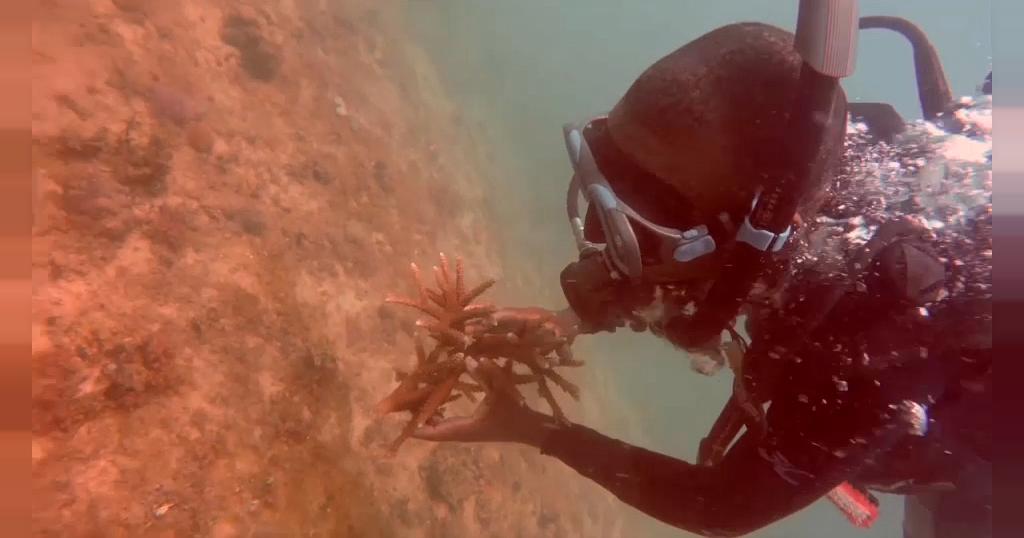 Divers in Kenya are helping to restore coral reefs by planting special structures that encourage displaced corals to re grow.

It comes as the UN Ocean Conference in Lisbon discusses how to protect these valuable ecosystems.

The Reefolution Foundation are at the frontline of saving coral reefs in the sea off Kenya’s coast.

According to Yatin Patel, a diving instructor, “there is a whole area almost maybe two kilometres and maybe almost a hundred meters wide where structures have been put in and for sure you can see the difference there, there is definitely more fish that are gathering around there. The coral attracts the fish and slowly the fish are making their homes over there. So for sure the number of fish has increased in the area here.”

The foundation`s activity today is to clean up the coral nurseries, transplanted them and nurtured back to life . The structures are made of plastic pipes and pyramid structured steel nets.

The foundation and the nearby community of Mkwiro village have established a locally managed marine area to restore degraded corals and enhance coastal resilience.

“By doing restoration here, you create opportunities where coral thrives back, it attracts more fish and that means after some time there will be a spill over effect whereby the subsistence fishers who are depending on this channel for their fishing activity can benefit,” said Joshua Kiama, coral reef researcher of the Reefolution.

In March the Intergovernmental Panel on Climate Change issued a warning about the threats faced by African coastal and island nations, claiming there could be a collapse of corals in the Western Indian Ocean.

Peter Vodegel, a marine biologist with Reefolution says:“We have different kinds of trawlers but especially the big commercial ones coming from Europe or China are very devastating for the marine environment. You can compare it with bulldozing down a forest to try and get some deer but after sometime there will be no more forest and no more deer. The same is happening to marine life. If you destroy the entire bottom there will be no more life in the future.”

The biologist believes sand mining is another serious problem for the survival of Kenya’s reefs. Despites the efforts by the foundation, not all conservationists are convinced this type of coral restoration will be successful. 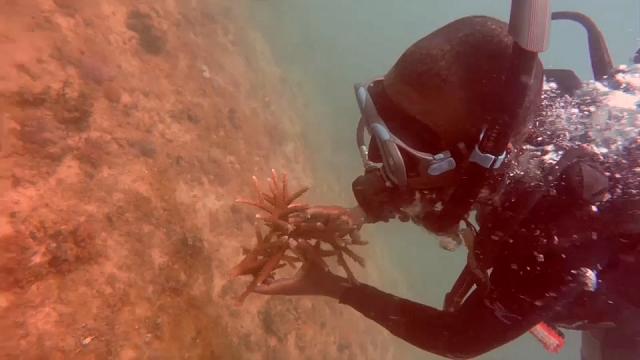