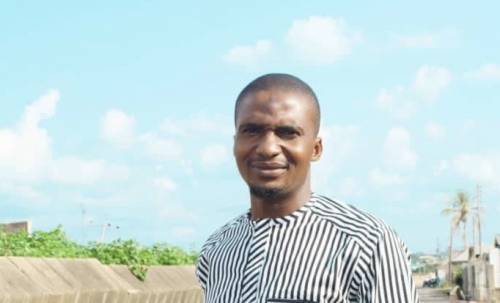 Our bones have suffered from the shackles of chains and of the self-affliction that consumed the active part of our sensitivity.

Our heritage and values have been shattered. We’ve lost our morality and self-esteem to pettiness. A father whose responsibility it is to provide food for his family was maimed and killed on his way back home by so-called unknown gunmen. Also, a mother was raped and killed in front of her helpless husband and children by the nomadic Fulani herdsmen with guns and machetes.

The scenes of uncertainty took away a husband from his wife, and wife from their children, and then exposed the children to the world of wickedness. Their dreams and aspirations have been killed prematurely by the wicked people.

Poverty gives birth to frustration,  the emergence of criminals in the society was as a result of Nigeria’s terrible leadership. The incidents in the society along with numerous challenges compelled many to indulged in all sorts of crimes. The system has failed woefully to provide enabling environment in human capital for futuristic purpose.

Insecurity in Nigeria has taken a new dimension with high rate of commercialisation through ransom payments and compensation to the killers by the Nigerian Government.

Major-General Muhammadu Buhari seems to be unconcerned about the lives of the citizens he claims to “lead”. We have wicked and irresponsible rulers who are totally visionless. The same government that has been paying  ransoms to terrorists has the temerity to tell Nigerians that it has succeeded in defeating bandits and Boko Haram technically.

There’s no doubt that Nigeria is on fire; we are in a country where the government sits and negotiates the amount of ransom to be paid with conditions attached to it. These agents of death are pardoned after killing thousands of innocent people. They are afterwards persuaded to denounce their criminal membership, rehabilitated and reintegrated back to the society where they’ve launched their deadly attacks.

While the country burns, APC government is busy calculating for 2023 presidency and the revalidation of its membership registration. Nigeria has now  been shattered under the watch  of Major-General Muhammadu Buhari.

The energy and resilient efforts of our gallant soldiers on the field have been defeated by the clueless rulers in power. The labour of heroes is now in vain while the government is using taxpayer’s money to wire billions of naira to criminals’ accounts as compensation.

The National Assembly standing order is a sign of robber stamp led by Ahmed Lawal and Femi Gbajabiamila. These assemblies have woefully and deliberately failed to checkmate the Executive. When Major-General Buhari refrained from sacking the country’s service chiefs despite glaring failures, the National Assembly simply looked on as if it was helpless.

This so-called government encourages jobless Nigerians to join the rifle-wielding family in order to launch attacks on innocent citizens and later denounce their membership. In Buhari’s Nigeria, it is Government vs the people.

Good character is superior to any good luck charm. Major-General Muhammadu Buhari is not willing to end terrorism in the country. His regime is a total failure that only enables crime.

The victims of injustice are left to die in cold blood, while the family of the deceased are rendered hopeless. And the government deems it fit  to reward the killers with millions of Naira for killing people’s families.

The killings have escalated and are spreading like a wildfire that has lost control. In today’s Nigeria, no region is safe. So, the quicker we all come out en masse to mobilise ourselves for nationwide/global action, the earlier we save our lives.

We won’t fold our hands to watch Major-General Muhammadu Buhari and his demonic agents to kill us all before our time. It is time for all Nigerians to troop out to the streets of Abuja and elsewhere to demand Major-General Buhari’s resignation or be ready to be forced out of power.

The time to occupy Nigeria is now!!!