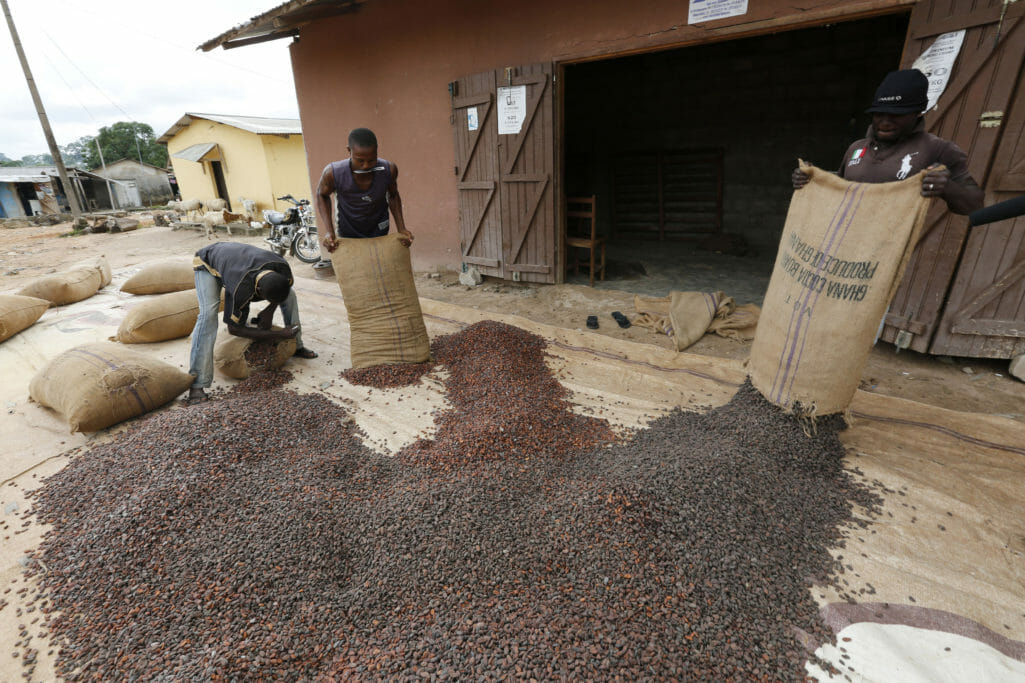 
The world’s biggest cocoa producers, Ghana and Ivory Coast are demanding more premium from chocolate makers. They also want traders to pay more for their beans.

The two countries say this demand for more premium is part of efforts to tackle farmer poverty.

In a statement, Ivory Coast’s Coffee and Cocoa Council (CCC) said it has its premium – or origin differential – at zero for August compared with -125 pounds per tonne in July.

The two West African countries together produce more than 60% of the world’s cocoa. In May this year they decided in May to jointly publish their origin differentials each month as part of the joint Cote d’Ivoire-Ghana Cocoa Initiative (CIGCI).

The premium is meant to increase the prices paid to impoverished farmers, but it has often dropped below zero due to pressure from multinational cocoa traders and chocolate makers.

According to Alex Assanvo, executive secretary of the CIGCI the “ambition is to no longer sell cocoa with a negative premium. It is to ensure that our producers receive a decent and remunerative income for their cocoa and to achieve this, the origin differential must once again be positive and the LID also applied.”

“We will therefore no longer accept cocoa sold below this level as we move into positive territory,” Assanvo added.

Ghana’s origin differential is higher than that of Ivory Coast because its beans are generally better quality.


The country though hopes to sell the rest of its cocoa export contracts for the 2022/23 season with a positive differential, said sources close to Cocobod told Reuters.