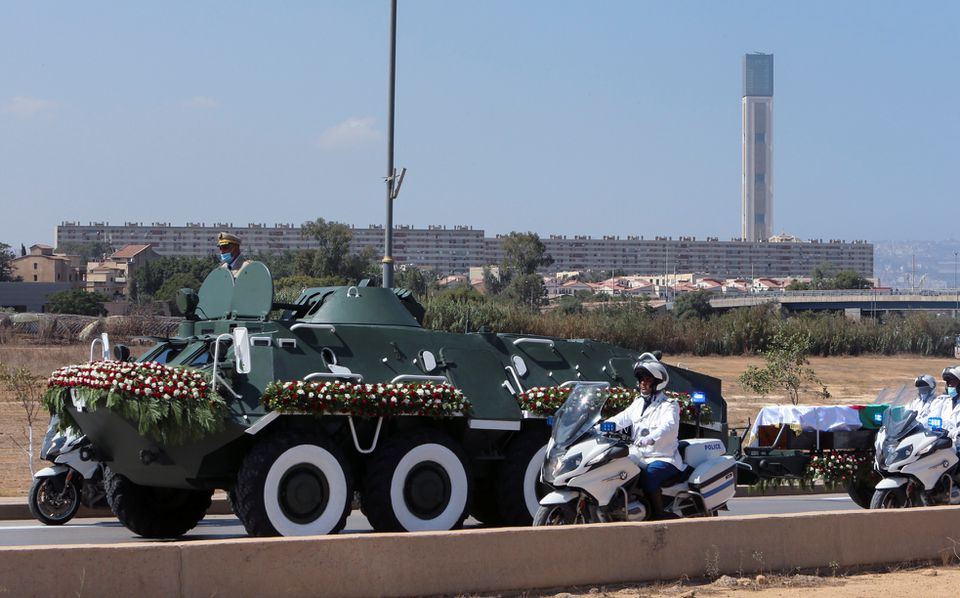 Former Algerian President Abdelaziz Bouteflika, who died on Friday has been buried in a solemn ceremony on Sunday.

There was no fanfare ceremony for the burial of the North African country’s longest-serving president.

Bouteflika was buried at a cemetery for Algeria’s independence heroes, but he didn’t receive any honours accorded his predecessors.

There was no lying in state for him, he got only three days of national mourning instead of eight.

Sunday’s funeral was attended by his successor President Abdelmadjid Tebboune and, the minister for Algeria‘s independence fighters, Laid Rebiga.


The ex-president died aged 84, after his regime ended with amid protests from young people in April 2019.

He was abandoned by the military following weeks of street protests sparked by his bid to run for a fifth presidential term.

Bouteflika first served as foreign minister in the mid-1960s, and became president in 1999 on a wave of popular support.

He helped bring an end to a decade-long civil war in the country by offering amnesty to Islamist militants.