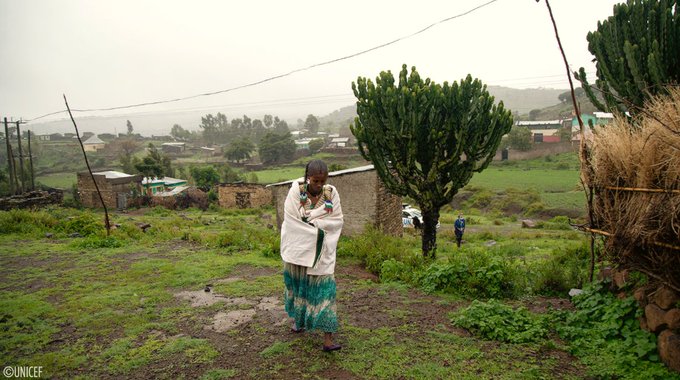 Amhara regional security forces and civilian authorities in Ethiopia’s Western Tigray Zone are alleged to have committed widespread abuses against Tigrayans since November 2020.

The report, ‘We Will Erase You From This Land’: Crimes Against Humanity and Ethnic Cleansing in Ethiopia’s Western Tigray Zone, documents how newly-appointed officials in Western Tigray and security forces from the neighbouring Amhara region, with the acquiescence and possible participation of Ethiopian federal forces, systematically expelled several hundred thousand Tigrayan civilians from their homes using threats, unlawful killings, sexual violence, mass arbitrary detention, pillage, forcible transfer, and the denial of humanitarian assistance.

These widespread and systematic attacks against the Tigrayan civilian population amount to crimes against humanity, as well as war crimes.


“Since November 2020, Amhara officials and security forces have engaged in a relentless campaign of ethnic cleansing to force Tigrayans in Western Tigray from their homes,” said Kenneth Roth, Executive Director of Human Rights Watch in a statement.

“Ethiopian authorities have steadfastly denied the shocking breadth of the crimes that have unfolded and have egregiously failed to address them.”

The rights groups said the Ethiopian government should ensure immediate and sustained access to the region for humanitarian agencies, release all those arbitrarily detained, and investigate and appropriately prosecute those responsible for abuses.

Any consensual agreement reached by the parties to the armed conflict should include the deployment of an AU-led international peacekeeping force to the Western Tigray Zone to ensure the protection of all communities from abuses, they groups said.

“The response of Ethiopia’s international and regional partners has failed to reflect the gravity of the crimes that continue to unfold in Western Tigray,” said Agnès Callamard, Secretary General of Amnesty International.

“Concerned governments need to help bring an end to the ethnic cleansing campaign, ensure that Tigrayans are able to safely and voluntarily return home, and make a concerted effort to obtain justice for these heinous crimes.”

Western Tigray Zone is a fertile administrative area in Ethiopia’s Tigray region. Claims over Western Tigray have been the source of heightened boundary and identity disputes since 1992.

Western Tigray came under the control of the Ethiopian National Defense Forces (ENDF) and allied forces and militias from the Amhara region within two weeks of the outbreak of conflict in Tigray in November 2020.

According to the report during the initial offensives, Ethiopian federal and allied forces carried out war crimes against Tigrayan communities, including indiscriminate shelling of towns and extrajudicial executions, forcing tens of thousands to flee to neighbouring Sudan and to other parts of Tigray.

Tigrayan militias and local residents also carried out war crimes against Amhara residents and visiting labourers during a massacre in Mai Kadra town on November 9, the first publicly reported large-scale massacre of this conflict, the report highlighted.

In the ensuing months, newly-appointed administrators in Western Tigray and Amhara Special Forces – a regional paramilitary force – undertook a campaign of ethnic cleansing against Tigrayan residents of the area, the rights groups said.

Those behind the atrocities

In several towns across Western Tigray, signs were displayed ordering Tigrayans to leave, and local administrators discussed their plans to remove Tigrayans in open meetings.

A Tigrayan woman from Baeker town described to researchers, threats she faced by Fanos, an irregular Amhara militia: “They kept saying every night, ‘We will kill you… Go out of the area’.” Pamphlets appeared giving Tigrayans 24-hour or 72-hour ultimatums to leave or be killed.

The authorities rounded up thousands of Tigrayans for long-term detention and abuse in overcrowded facilities, the report said.

Security forces also used gang rape, accompanied by verbal and physical abuse, abduction, and sexual slavery. A 27-year-old Tigrayan woman said that a militia member told her as the men raped her: “You Tigrayans should disappear from the land west of [the Tekeze River]. You are evil and we are purifying your blood.”

Amhara security forces, and in some places Eritrean forces present in Western Tigray, looted crops, livestock, and equipment, depriving Tigrayans of their means of survival. A 63-year-old farmer from Division village watched as a group of men destroyed his home. One of the men told him: “This is not your land. You have nothing to claim here.”

Many Tigrayan communities, facing starvation and intimidation, felt they had no choice but to leave. In other instances, local authorities provided trucks or buses to expel tens of thousands of Tigrayans, sending them east, toward central Tigray.

This coordinated campaign continued for months. Tens of thousands of Tigrayans had fled or been expelled by March 2021. Abuses and expulsions escalated again in November 2021, when tens of thousands of older and sick Tigrayans, young mothers, and children were expelled, while Amhara forces arrested and detained thousands of adult men, shooting at those who tried to flee.

Both Ethiopian federal forces and Amhara authorities have denied allegations of ethnic cleansing in Western Tigray.

Amnesty International and Human Rights Watch said they wrote to Ethiopian federal and Amhara and Tigrayan regional authorities concerning the organizations’ findings. Only the Amhara regional government had responded to them.

The rights groups are calling on the Ethiopian federal government and its international and regional partners to take concrete steps to protect all communities in Western Tigray, including by immediately releasing Tigrayans arbitrarily detained there, and allowing protection monitoring.

On March 24, the government announced a humanitarian truce. Regardless of any truce or ceasefire, Ethiopia’s federal and regional authorities should allow unhindered, independent, and sustained humanitarian assistance, a statement from the two groups mentioned.

The report also urged the government to also demobilize and disarm all abusive militia forces in Western Tigray, and vet Amhara Special Forces and Ethiopian federal forces and remove those implicated in serious abuses.

SA woman who spent almost $1m she got in error jailed