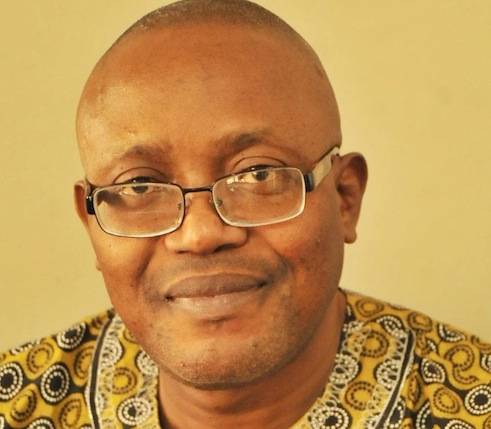 IT is incredible, but true. A serving African Head of State had COVID-19 infection. He could not be treated in his country. A sister African country which came to his aid, concluded he needed specialist treatment which was available in an European country. It contacted the latter which agreed that the sick African President could be sent to it, only to put him on trial right from his sick bed!

The European country involved is Spain which holds the infamous record as the most bestial and greediest colonialist in human history. It also has the dubious distinction of being ruled for 39 years by a fascist dictator, General Francisco Franco, from 1936 to 1975.

When it was forced by the Saharawi armed struggle, the internal rise of democratic forces and international pressure to give up its Spanish-Sahara (Western Sahara) colony, rather than grant straight forward independence like other European colonialists were doing, Spain  broke  the  newly emergent country into three parts, handed two to Morocco and the third  to Mauritania. It was its half-smart way of   continuing to run Western Sahara by proxy.

However,  the  Saharawi people under the POLISARIO Liberation Movement, fought back militarily, forcing Mauritania to hand back its part of the loot, and Morocco to sign a United Nations-supervised  peace agreement. Under that agreement, the world body, based on the United Nations Security Council Resolution 690, established  its United Nations  Mission for the Referendum in Western Sahara, MINURSO in 1991. But due to an unholy alliance of the United States, France, Spain and Morocco, and the impotency of the UN, that referendum is yet to be held 30 years later!

Meanwhile, the Saharawi who renamed their new country, the Saharawi Arab Democratic Republic, SADR, has continued to govern the liberated parts of the country while Morocco has, with European and American backing, continued to occupy the rest of the country. This is responsible for the prolonged  refugee crisis with many Saharawi being forced to live in the Algerian-provided refugee camps in Tindouf.

In 1982, the Organisation of African Unity, OAU, recognised the independence of Western Sahara and that year, admitted it as a full member. A sulking Morocco  cried at the OAU Summit like a baby deprived of its lollipop, but Africa insisted on its principle of the right of all colonies, including Western Sahara not just to self-determination in accordance with the founding Charter of the UN, but also to independence.

When it would not be allowed to re-colonise the former Spanish colony, Morocco walked out of the OAU.

Since then, Spain and Morocco have been in an unholy alliance looting the phosphate, fisheries and other resources of the Saharawi people and repressing them. Their attempt in June 2021 to seize the Western Sahara President, Brahim Ghali,  was their latest gambit which despite all the drama both countries put up, failed.

President Ghali was infected by COVID-19 and could not be adequately treated in the country nor neighbouring Algeria. The later approached Spain which  agreed that Ghali  be treated at the Hospital San Millan-San Pedro in Logrono, the capital of its La Rioja Province in the North. However, teary Morocco took offence; it considered the extension of medical treatment to President Ghali a betrayal.

In its usual tantrums,  Morocco on May 18, 2021, retaliated against Spain by opening its borders with the Spanish enclave of Ceuta and urging migrants who have been trying to enter Europe, cross into the Spanish territory. In two days, some 8,000 of them entered Ceuta. As it turned out, when most of the migrants were rounded up by the Spanish armed forces, half of them were Moroccans.

Meanwhile, Spain was engaged in its own irritabilities. Based on alleged complaints by a Moroccan group and despite the fact that he has diplomatic immunity, it put President Ghali on trial from his hospital bed on the alleged grounds that as chief of the Saharawi Liberation Army some four decades ago, he committed war crimes.

However, Spain’s High Court on Tuesday  June 1, turned down a request that President Ghali be taken into custody, stating that the plaintiffs had provided no shred of evidence in the preliminary hearing that he had committed any crime. Morocco in protest, recalled its ambassador. Next day, President Ghali flew back to Algeria to continue his treatment and recovery.

Interestingly, Spain which seeks to hold some moral ground in its accusation against President Ghali has never brought any of its citizens to trial for the over 500,000 human beings killed during the Franco coup and rule.

The conspiracy of Spain and Morocco to seize President Ghali was not just to undermine the sovereignty of the African people by imprisoning a serving African Head of State, but also to take their pound of flesh on a Saharawi leader that had given both countries, bloody noses.

President Ghali, 71, was one of the co-founders of the POLISARIO who began an armed struggle against Spain. He led the military raids against the colonialists in 1973 and the following year, emerged the Chief of Staff of the Saharawi  Peoples’ Liberation Army. This great African son was a major military leader heading the Liberation forces which militarily took on the combined armed forces of Spain, Morocco and Mauritania in a David versus Goliath contest in which the Saharawi David was neither intimidated nor conquered until this day.

When the world called for peace, Ghali played a major role in that peace process leading to the establishment of the MINURSO. He was the Defence Minister from 1976, Ambassador to Spain for nine years from 1999 and Ambassador to Algeria, the most important country to the Western Sahara, from 2010 to 2016. On July 9, 2016, he was elected President of the Republic.

When on November 13, 2020, an over-confident Morocco decided to violate the ceasefire agreements, the Ghali administration without any hesitation or fear, immediately resume the armed conflict; confidently pitting the 597,339 Saharawi in battle against the 36.47 million Moroccans. So, the fascist Spanish and the monarchical,   anti-democratic  Moroccan establishment know who they are dealing with in Western Sahara.

Generally, Western Europe and America tend to treat Africa like garbage; the Arab group assumes it is next to Europe in human hierarchy, while with Morocco peeing into the continent, the AU accepts these like a House Nigger.

But Africa had peerless leaders like Ben Bella and Abdel Gamel Nasser in the North, Mwalimu Nyerere in the East, Robert Mugabe and Samora Machel in the South, Patrice Lumumba in the Central belt and Kwame Nkrumah and Sekou Toure in the West. Africa will rise again and take its place of pride as it did when it led the whole humanity into civilisation.