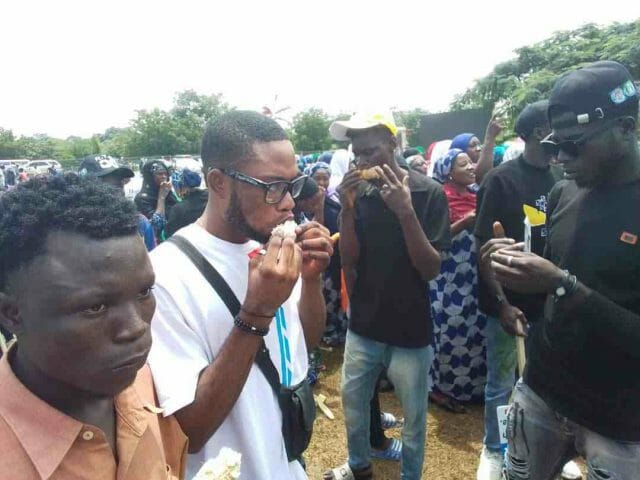 Supporters of Bola Tinubu, presidential candidate of the All Progressives Congress (APC) were captured eating cooked corn (Agbado in Yoruba) at a concert organised by one of his support groups in Abuja on Wednesday.

The concert was put together by the City Boy Movement following the indefinite postponement of the inauguration of the APC presidential campaign council.

Some young men were seen enjoying the popular food at the Unity Fountain venue of the concert. 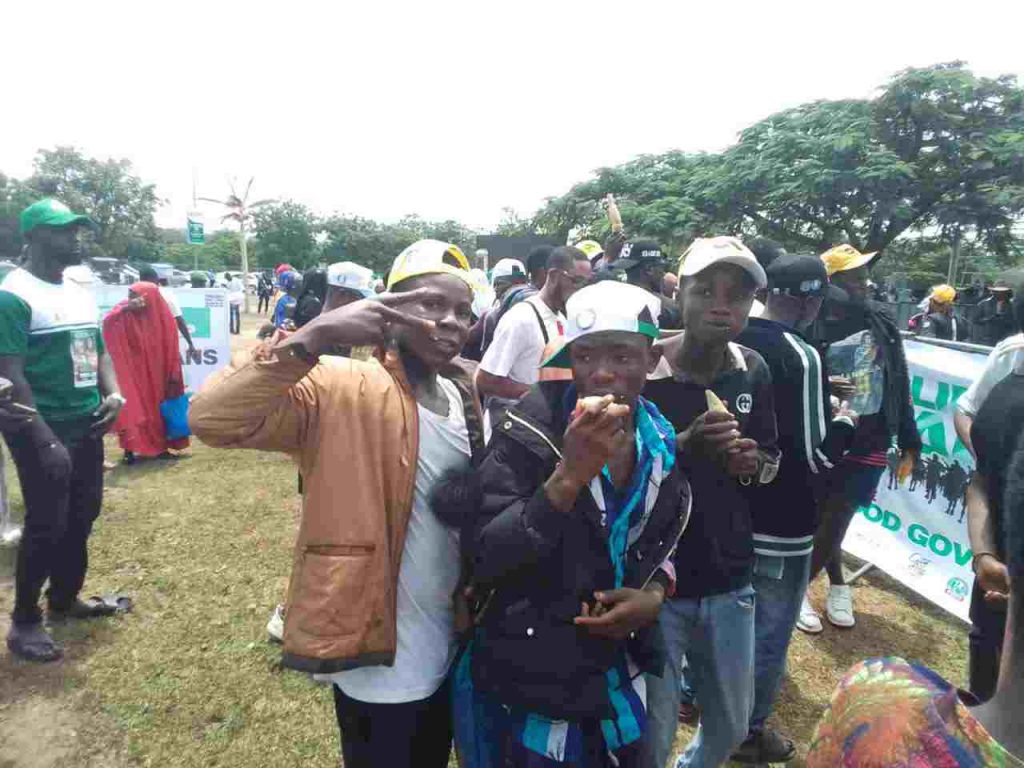 A video of Tinubu talking about growing ‘Agbado,’ cassava, among other crops had been used to mock the APC candidate by Nigerians on social media. 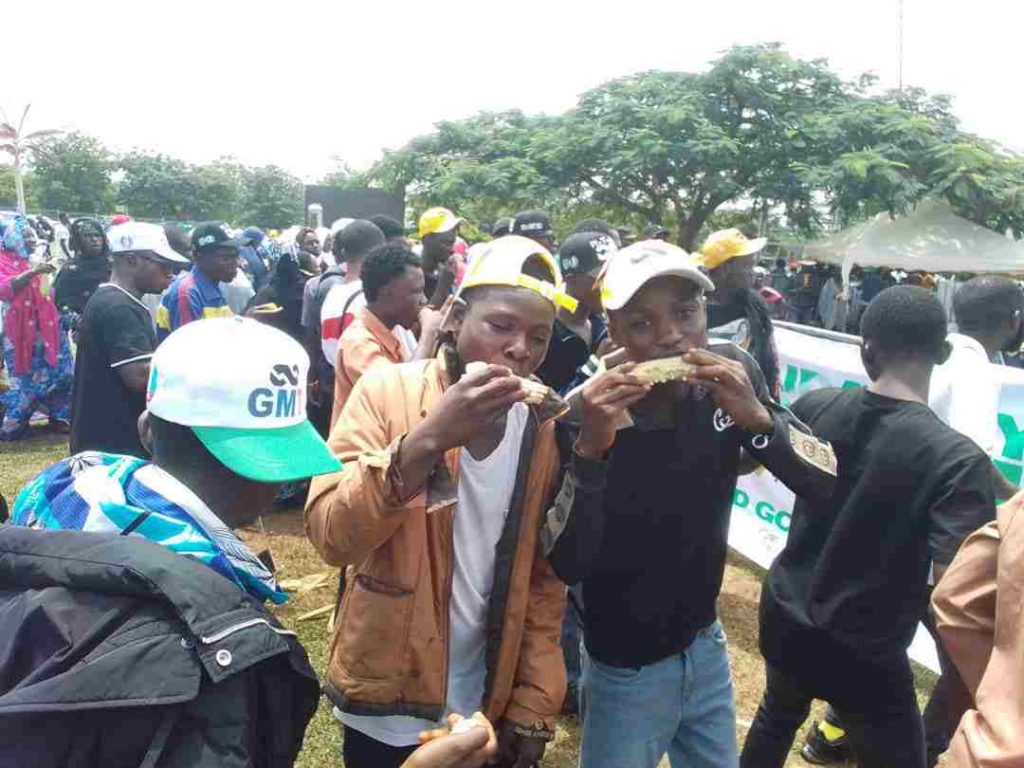