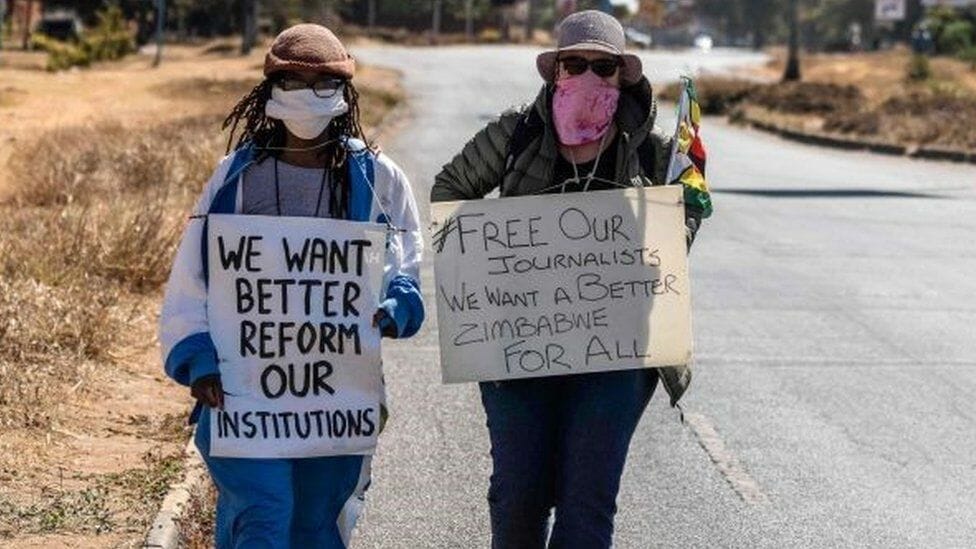 Renowned Zimbabwean author Tsitsi Dangarembga has been convicted of inciting violence after carrying a placard that called for political reform.

She paid a fine of about $110 to avoid serving a three-month jail term. She was convicted along with a friend Julie Barnes.

The two women had walked along a road in the capital, Harare, two years ago, holding placards which called for political reform and the release of two government critics.

The magistrate ruled that the protest the author participated in could have incited other people to join, and cause a breach of peace.

“Guilty of inciting public violence and breaching the peace,” the judgement read.