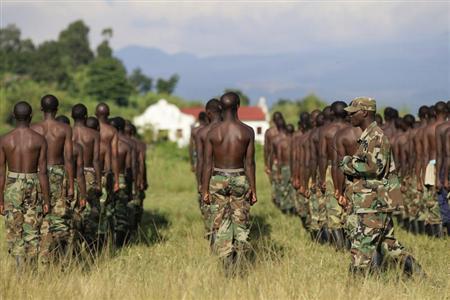 (Reuters) – The United States on Tuesday called on Rwanda to end support for M23 rebels in neighboring Democratic Republic of Congo, saying there was evidence Rwandan military officials were involved.

“We call upon Rwanda to immediately end any support for the M23 (and) withdraw military personnel from eastern DRC,” State Department spokeswoman Jen Psaki said.

She declined to say whether Rwandan President Paul Kagame was implicated. “I wasn’t speaking to Kagame himself,” she added.

Psaki said the concerns followed a “credible body of evidence” in a recent report by Human Rights Watch that said M23 rebels in Congo were to blame for executions, rapes and forcible recruitment of men and boys while receiving support from Rwanda.