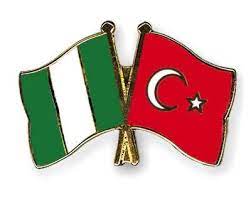 The Embassy of Turkey in a bid to strengthen ties with Nigeria has organised a week-long event, where both countries can learn more about each other’s culture through food.

Turkish Ambassador to Nigeria, Hidayet Bayraktar, speaking at the inaugural dinner of the event on Saturday in Abuja, said that the event was organised at the instance of the Turkish President.

Bayraktar in an interview with the News Agency of Nigeria (NAN) said that the event, which would become an annual one, aimed at showcasing Turkey to the World, especially through its food and culture.

He explained that just like other countries have clichéd restaurants like the “Chinese, French and Italian Restaurants”, Turkey also aimed at pushing to the world it’s “Turkish restaurant”.

Bayraktar also noted that Nigeria and Turkey would build stronger ties if similar event was held by the Nigerian government in Turkey, to create an opportunity for the Turks to know Nigeria better,

“Today, we started the Turkish cuisine week in Abuja, this is the gala dinner and it is under the auspices of the President of the Republic of Turkey.

“And, the cooperation with the Ministry of Culture and Tourism in Turkey, from now, every year, it will be an annual event, in our whole Embassies.

“We are trying to introduce the Turkish Cuisine to the world. We are culturally very rich, with rich history.

According to him, all the culture and food we have today are a combination of our richness in culture.

”It is also an opportunity for the Nigerians to taste the food and know about the richness of the Turkish foods.

“This is one of the first nights of the week-long activities in Abuja. All through this week Frazer suites will have Turkish cuisines on their menu,” he said.

According to him, as you know, food is always one of the show of culture. When we eat food, we do not just eat Turkish or Nigerian foods.

“For example, we go to Chine restaurants, we go to French restaurants. It is a platform to share each other’s food.

“Through your ministry of culture and tourism, It will be good to do what we are doing here in Turkey.

“It will be an opportunity for them to also get the Turkish people to know about Nigerian cuisines also as food is always the common language,” Bayraktar said.

Mohammed said that Nigeria and Turkey had built and enjoyed strong relations in the past years and such an event would continue to sustain the relations.

“What we have witnessed tonight is the growing power of what I call self-power. Self-power in the area of tourism and how countries today is using tourism to bind countries together.

“How they are using tourism to reach out to people, an how tourism, especially gastronomy, music, film, fashion are not just tools of trade but also tools of diplomacy.

”What we have witnessed tonight is the beginning of a one-week gastronomy. It is quite significant in the sense that many countries are known for the kind of gastronomy they provide.

“And, they have influenced the world, and sometimes conquered the world through food.

“You can imagine Kellogs cornflakes, you can imagine what our kids, and grandchildren today will do if you do not give them Kellogs, look at Mr Biggs, McDonnalds.

“This is the effect of gastronomy, where through food you begin to get closer, begin to understand another country much better.

“It brings countries and people together more effectively than the hard-core diplomacy,” Mohammed said.

NAN reports that the event had in attendance members of the diplomatic community, representatives from some Nigerian Ministries, Department and Agencies (MDA).

The Managing Director of NAN, Mr Buki Ponle, was among the dignitaries that graced the occasion. (NAN)