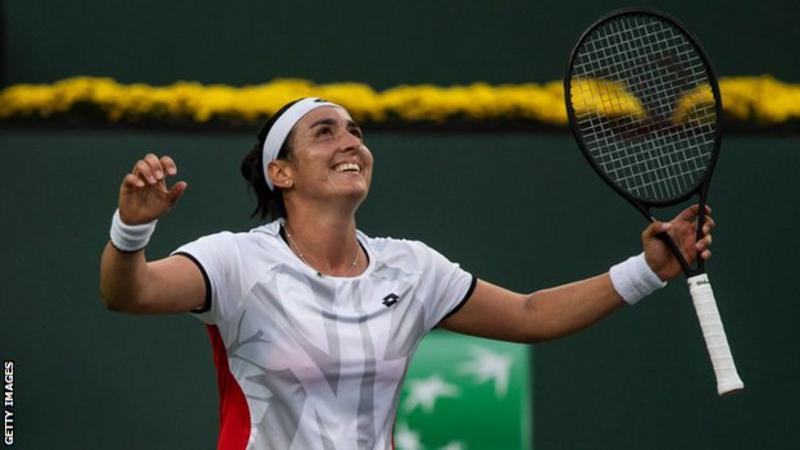 Ons Jabeur will become the first Arab tennis player to reach the top 10 in the world rankings after reaching the Indian Wells semi-finals.

The Tunisian beat Estonia’s Anett Kontaveit 7-5 6-3 win to reach the last four of a WTA 1,000 tournament for the first time.

It was the 27-year-old’s 48th win of the season – more than any other player on the WTA Tour this season.

“This is a dream coming true,” said Jabeur.

Jabeur – who will enter the top 10 on Monday – will play Paula Badosa in the semi-finals, after the Spaniard defeated 10th seed Angelique Kerber of Germany 6-4 7-5.

Earlier this season, Jabeur became the first Arab to win a WTA singles title with victory in Birmingham.

“I’ve been rejected by sponsors because of where I come from, which is so not fair,” she said. “I didn’t understand why before, I accepted it. I am really proud of the person I became today, just not relying on others.

“Everybody probably had a difficult career. I’m not saying I have the most difficult one.


“I didn’t want to depend on a sponsor or someone who doesn’t even care about tennis or sport in general. It gave me the courage to continue and achieve my goals, and I’m in the top 10 today.”

Victoria Azarenka and Jelena Ostapenko will meet in the other women’s semi-final at Indian Wells.