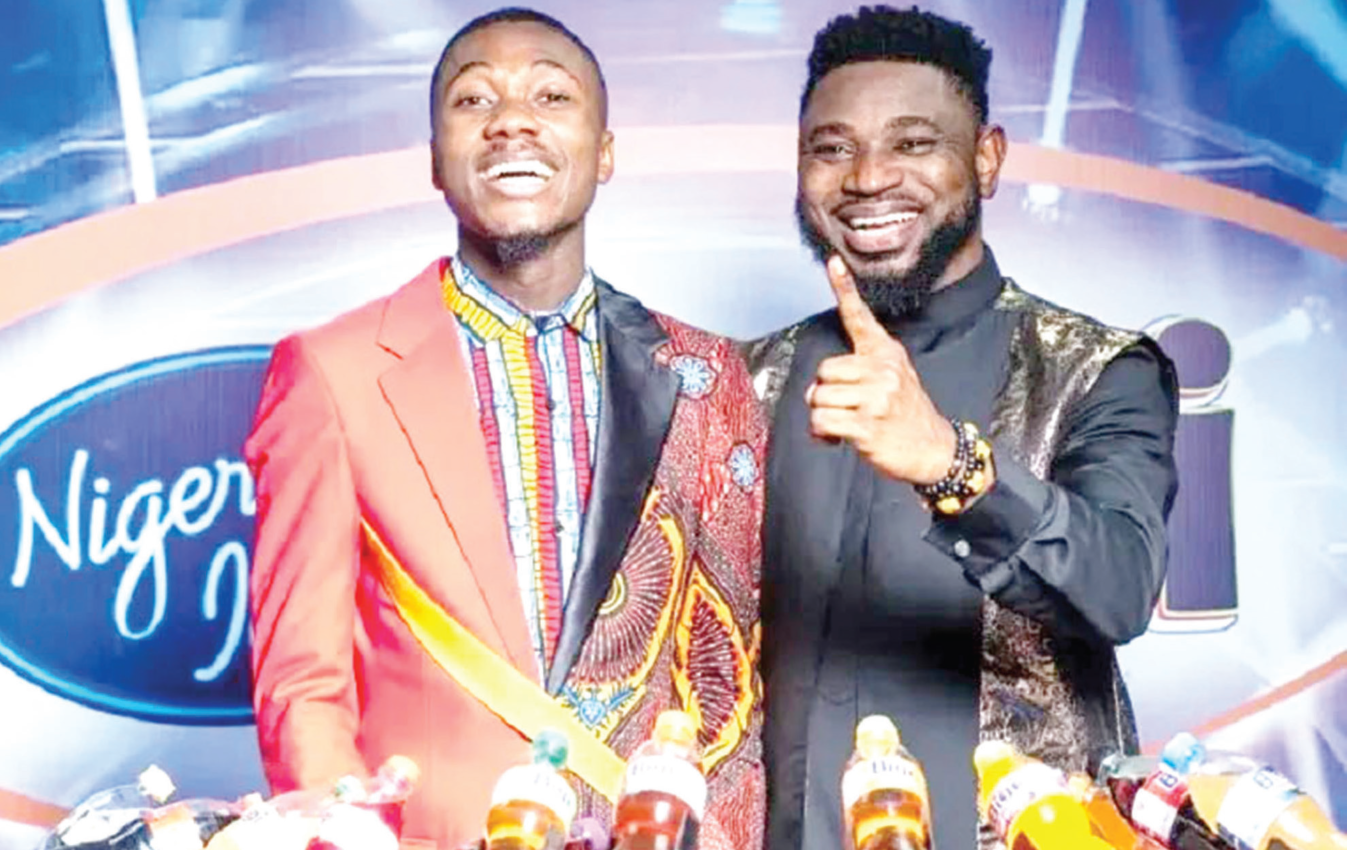 It’s been months of explosive performances on the 7th season of Nigeria’s biggest music reality show, Nigerian Idol, and the show is down to two finalists, Progress and Zadok, battling it out at the finale on Sunday, May 22, 2022. Last Sunday, Banty failed to make it to the Top 2 as she was eliminated from the show after securing the least votes, leaving Progress and Zadok to compete for the N100 million prizes promised by the organisers. Progress, the 21-year-old singer, songwriter, performer and music minister has proved to be a vocal master.

He was able to thrill the judges with his audition performance of All of Me by John Legend and it has been a thread of awesome performances ever since. His second song Joy released by Wizkid, picked for him by one of the judges, D’Banj, was also wonderfully done, with the host saying “that was very nice,” while the third song, Jon Ogah’s Uncle Zuru performed with the 121 Selah choir was fantastic met with applause and a standing ovation. Zadok is a 27-year-old recording artist, songwriter, record producer and entertainer who has always delivered a show with his performances on the Nigerian Idol stage. He got a shout-out from legendary artist, Michael Bolton when he performed his song ‘Soul Provider’.

Timi Dakolo also took to his Instagram to give him a shoutout for doing justice to his song, ‘Wish Me Well’ on the show, which got Simi excited, saying “that was astonishing, an excellent rendition” while D’Banj stated “you have a proper voice for the song, you are someone whom others would like to watch in a show,” and Asika “I love the way you perform.”


The music reality show which kicked off with over 10,000 hopefuls at the auditions, came down to the final 12 that proceeded into the live shows and now the top 2 battling for the crown of being the next Nigerian Idol. With the crown comes N100m worth of prizes, the highest reward for any singing competition in Nigeria. Season six of the show was won by Kingdom Kroseide following months of the intense musical contest and the suspense of who becomes the next Idol is back on.