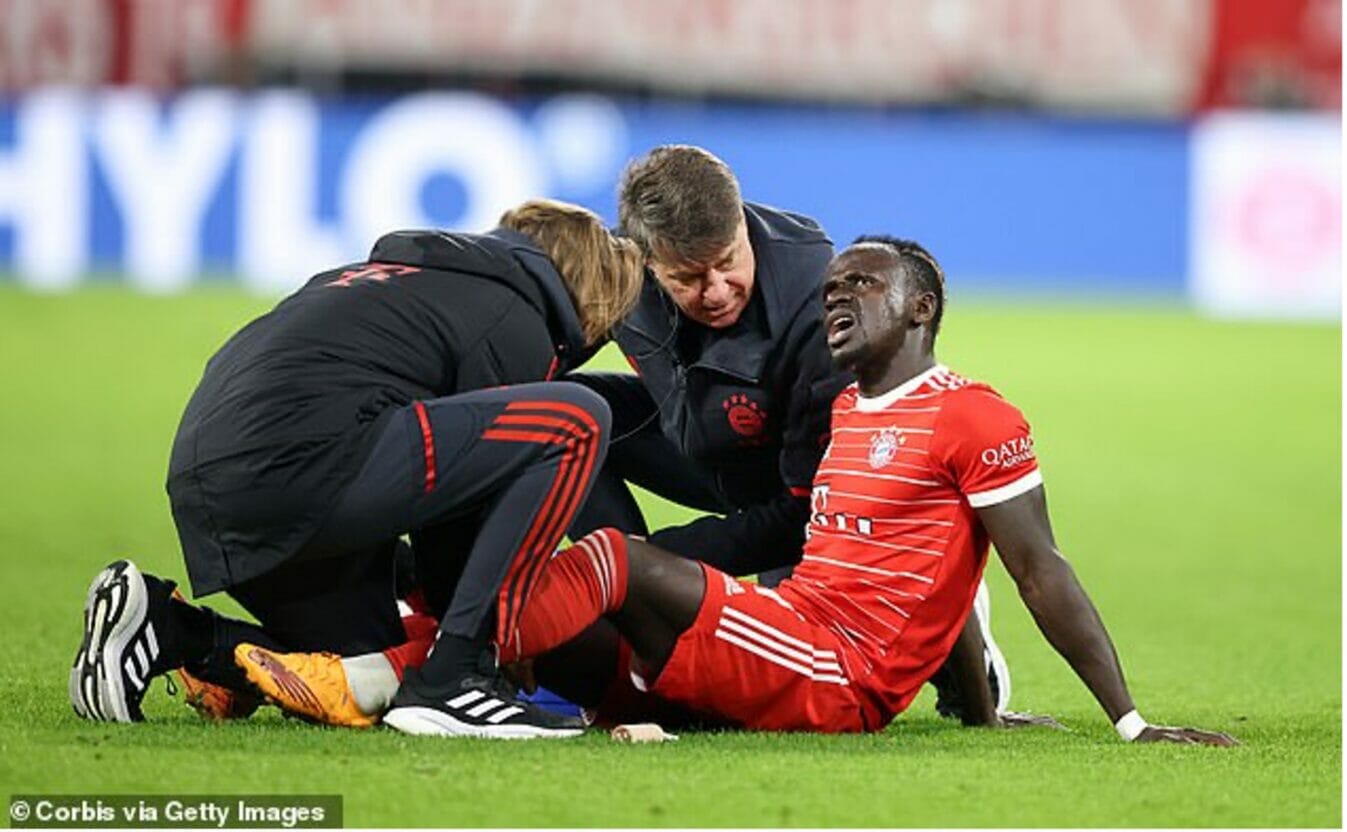 Sadio Mane has reportedly been ruled out of Senegal’s World Cup campaign after limping off during Bayern Munich’s clash against Werder Bremen with a tendon injury.

The former Liverpool forward was taken off just 20 minutes into Bayern’s 6-1 win over Bremen on Tuesday night – leading to huge fears about his fitness for Qatar less than two weeks before the tournament begins.

According to L’Equipe, he will play no part in the competition, dealing the reigning Africa Cup of Nations champions a massive blow.

Senegal are due to play Holland, Ecuador and hosts Qatar in the group stage.

Mane is believed to have suffered a tendon injury, L’Equipe adds, and is set for ‘several weeks out’, handing his national team coach Aliou Cisse a major headache just days before announcing his World Cup squad.

His Bayern boss Julian Nagelsmann said the player would have an X-ray to determine the extent of the injury after initially saying he had taken a blow to his tibia – and that he was hopeful it was ‘not a big injury’.

‘He took a knock to the head of his tibia,’ he said. ‘It’s always uncomfortable. He has to have an X-ray. I hope nothing is wrong.

‘I didn’t see him after the game, I hope it’s not a big injury. But I don’t know at the moment’, the Bayern boss continued. ‘We’ll see tomorrow and then give an update.’

Bayern released a statement on Mane on Tuesday – stopping short of ruling him out of the World Cup and saying he would have ‘further tests’, but they did say he would miss their next game against Schalke on Saturday.

‘Sadio Mane sustained an injury to his right fibula,’ the club said. ‘He’s out of the game against Schalke this Saturday.

‘Further tests will follow in the next few days. FC Bayern is in contact with the medical staff of the Senegalese Football Association.’

Just 15 minutes into their encounter with Werder Bremen the 30-year-old went doing holding his right leg and signalled for Bayern’s medical team to come onto the pitch.

Mane’s absence will be felt massively in the Senegal camp – the man who has picked up 93 caps for his country and scored 34 times.

He was instrumental for the team on their way to winning this year’s Africa Cup of Nations as they beat Egypt on penalties in the final – having scored four goals during the tournament.

Mane – who joined Bayern from Liverpool for £35million in the summer – has been excelling for his club during his first season in Germany.

He’s scored 11 goals in 23 appearances in all competitions, laying on four assists.