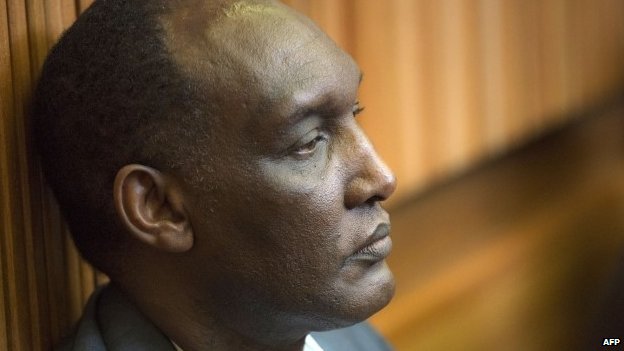 Gen Nyamwasa blames the Rwandan government for the shooting, which it denies

He was shot in the stomach in Johannesburg in June 2010, soon after he fled Rwanda after falling out with President Paul Kagame.

The magistrate said the “main culprits” had not been arrested.

Several attacks on Rwandan exiles in South Africa have caused diplomatic tensions between Pretoria and Kigali.

The Rwandan government has consistently denied trying to kill its opponents in South Africa.

The prosecution had demanded a 15-year jail sentence for the two Rwandans, Amani Uriwane and Sady Abdou, and two Tanzanians, Hassan Mohammedi Nduli and Hemedi Dendengo Sefu, convicted of the attempted murder. 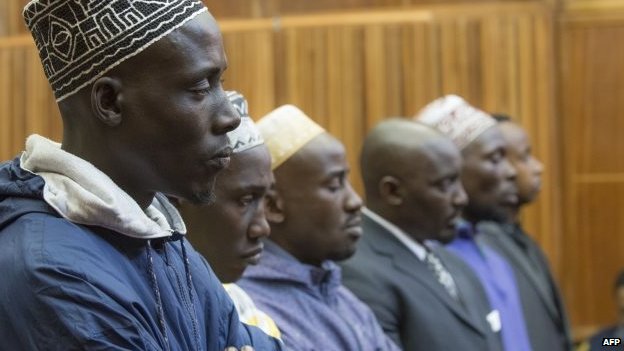 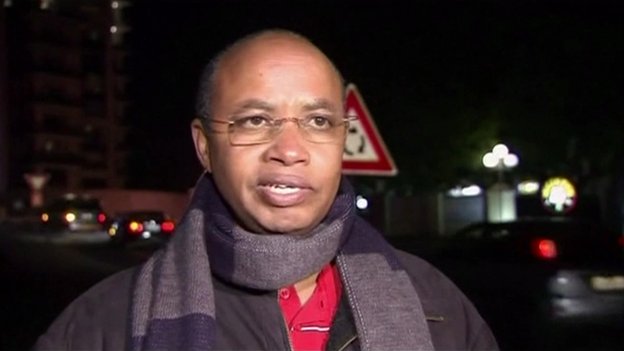 Patrick Karegeya was a high-profile dissident killed in Johannesburg

Sentencing them to eight years each, Magistrate Stanley Mkhari said he took into account that the men had been in custody since the shooting.

“You are not the main culprits in this matter. It is my view that you are supposed to appear before me with all the people who made money available and also the people who paid to commit the offences,” he is quoted as saying.

Two other men had been acquitted of the shooting last month.

Gen Nyamwasa said he was happy with the sentences, but he remained concerned about the safety of Rwandan exiles, Reuters news agency reports.

In January, Rwanda’s former spy chief Patrick Karegeya was killed in mysterious circumstances in an upmarket hotel in Johannesburg.

About two months later, gunmen broke into Gen Nyamwasa’s home in the city, but he was not there.

After the incident, South Africa expelled three Rwandan diplomats and warned Mr Kagame’s government that “our country will not be used as a springboard to do illegal activities”.