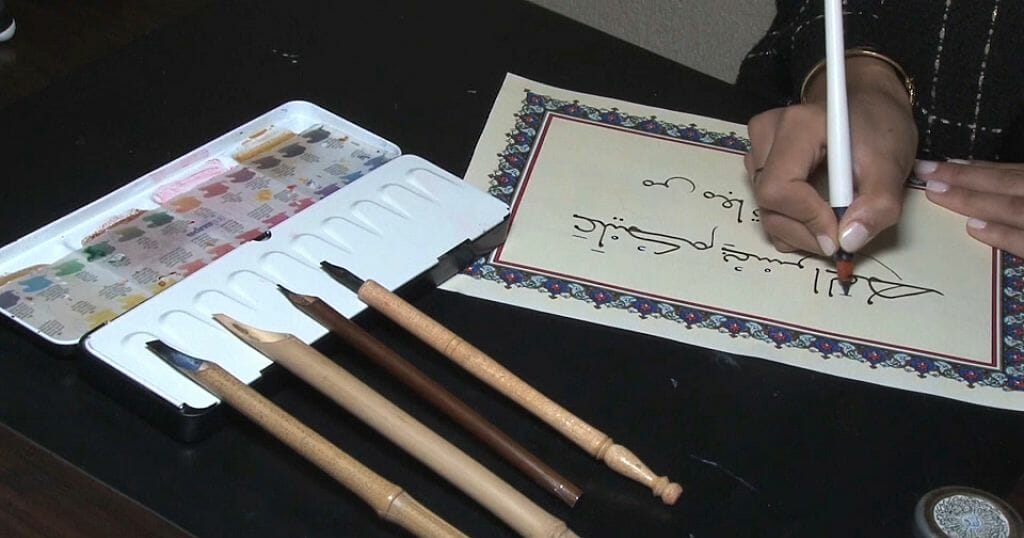 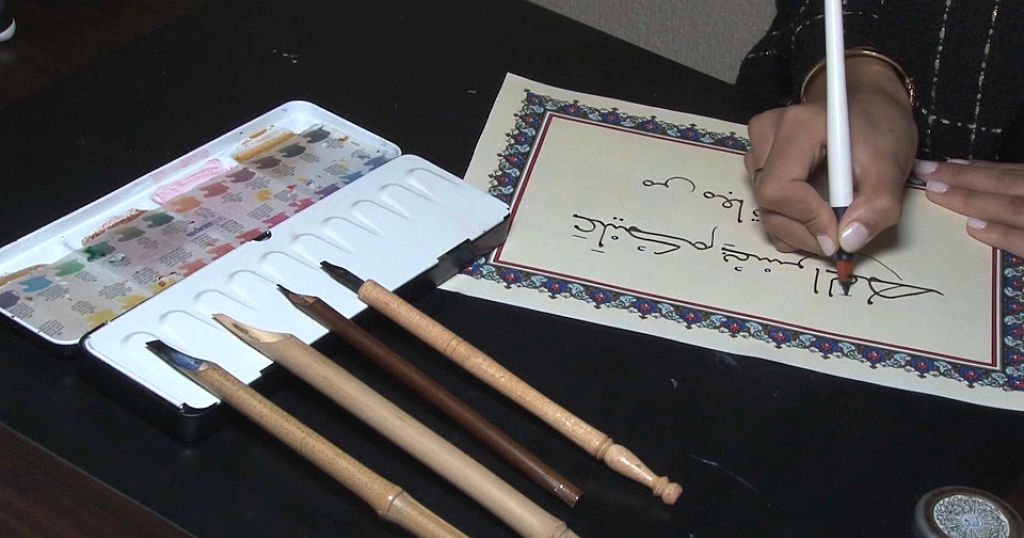 The award-winning craftsman keeps alive a type of calligraphy that appeared in his country in the first Hijri century, the 7th century AD.

“Moroccan calligraphy” finds its “origin is the Kufic script,” he explains. However, “a group of scripts branched out from it. There is the Maghrebized Mashreqi script, which is called the Moroccan Thuluth script, and there is the Moroccan Mabsut script, in which the Qur’ans are written,” he adds.

“Then there is another Moroccan script, called the Mujawher script. This is the script in which manuscripts and letters are written, and the royal [offices] are also specialized in it.”

Still in northern Morocco, a small workshop has been established to teach Moroccan and Arabic calligraphy to children and younger people.

Students are taught how to write a point using bamboo pens.

“The advancement of social media, the internet and modern technology is the reason why manual skills began to become extinct,”  Charqaoui analyses.

“There have been attempts to revive this art in Morocco through the establishment of two educational institutions in Casablanca and in Fez. In Fez, there is the Sahrij School in the old city. There is a turnout from some young people who still consider calligraphy more than just writing letters.”

After years in the shadows, calligraphy is getting increasingly popular among women.

She got inspiration from her father, a calligrapher who teaches at the same school.

Calligraphy may consist of a Quranic verse, or famous sayings or lessons.

“Since my childhood, I always saw my father writing and making paintings. This is what attracted me towards calligraphy. I liked learning calligraphy as well. That is why I always sat near him and learned gradually. I started with drawing, and then after that, calligraphy.”

The importance of the art was officially recognized internationally last year, when UNESCO added Arabic calligraphy to its list of Intangible Cultural Heritage.

Most learners gain their skills through practices passed down by generations.

Thanks to their efforts and innovation, Moroccan calligraphy remains a living and developing tradition. 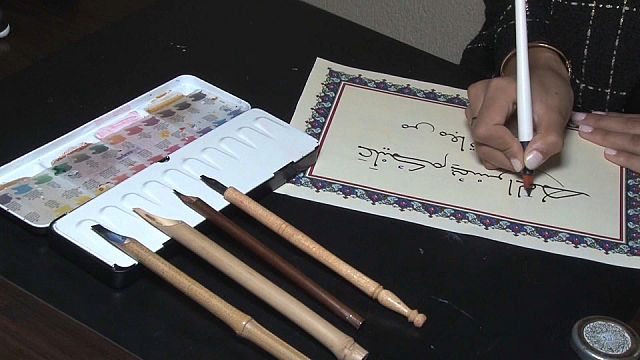