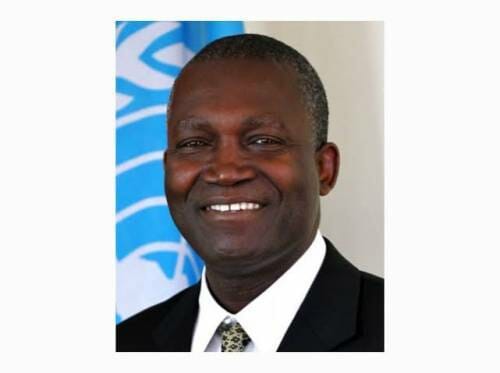 In a situation where standards continue to spiral downwards there is cause to celebrate small gains. Conducting a state gubernatorial election in Osun State recently with few major hiccups is therefore worthy of laurels. In the Osun State gubernatorial election, it does appear that good preparation prior to the election and effective actions on July 16, 2022, the election day, coalesced positively for successful conduct.

Who deserves recognition for the success and why? What can be gleaned from the election for improvement of future elections in Nigeria?

Peoples Democratic Party (PDP) candidate Ademola Adelekedefeated incumbent Governor Gboyega Oyetola of the All Progressives Congress (APC) party in declared results of the election. Although the last word on the results may not have been heard yet, it is timely to take a deeper look at several aspects of the election. The real winners, often left unnoticed, are those who enable democracy to gain some traction, taking a step forward.

In a previous write-up a few weeks back, in anticipation I had stated: “Also in Osun State, gubernatorial election will take place on July 16 this year, almost one month after that of EkitiState. Both states will set the tone for how future elections will play out in South-West of Nigeria and many parts of the country.”

A lot of tension preceded the Osun election. There were many reasons for APC and PDP to be desperate, as they were during the election in Ekiti. Among the reasons are that having won in Ekiti, APC would like to win also in Osun and for the time being confirm its dominance in South-West, the fief of its presidential flagbearer, Bola Tinubu.

For PDP, coming third after APC and Social Democratic Party (SDP) in Ekiti election was humiliating and Osun election presented yet an opportunity for redemption in a state where it once reigned. Besides, PDP could reassert its claim that the party’s candidate Adeleke actually had won in Osun State in the last gubernatorial election of 2018, and that the election was rigged in favour of Oyetola. Never mind the court judgment that affirmed APC’s victory.

Reports from election monitoring groups indicate that vote buying by political parties occurred in many places in Osun State. The reports show though the cases were less frequent compared to what happened during the election in Ekiti State.

Some violence was also reported as were cases of tampering with votes and disruption of voting in some places. Yet, the reports showed that in comparison to what happened during the Anambra State gubernatorial election in November 2021and in Ekiti State in June 2022, the situation in Osun was much improved. Such progress is worthy of recognition.

In Osun, people were organized, persistent in making sure that they voted, and determined to make sure that their votes were recorded correctly. Overall, people took voting seriously and would not entertain any diversionary tactics or be derailed from their objective to vote for their candidate. It is reported that some voters collected vote inducement monies when offered by political parties but the voters still voted their choice as much as possible. It is proper that Osun people should be commended for their resolve to make their votes count.

It would appear that the Independent National Electoral Commission (INEC) had learned many useful lessons from past elections. Osun State, from various reports and news coverage, saw a better prepared electoral agency. Voting materials and personnel were deployed correctly and arrived on time at voting venues. It was widely seen that the new electoral equipment and facilities worked. The use of bimodal voter accreditation system (BVAS) which started with the Anambra election has proved to be a game changer. The machine reads voters’ cards, authenticate them, and cannot be manipulated.

Election returns were captured at locations and reported on INEC portal quickly. One could watch live reporting of electoral process and decisions on various news media outlets. At the collation and reporting centres, INEC officials were appropriately measured in their delivery of results. Voting documents were duly signed by party agents. Election officials provided answers to questions and solved problems as they arose.

In the few voting centres where significant disruptions occurred – voters were attacked or hindered from voting, or ballots were destroyed willfully, or ballot boxes were seized by thugs – the returns were cancelled.

On its part, INEC performed very well, restored faith in the organization, and merits commendation.

Largely, the security personnel showed heavy presence and cooperated to assist smooth voting. They prevented people who wanted to disrupt proceedings, cause confusion or be violent. The security forces reduced opportunities for vote buying, maintained law and order, and ensured that voting went on smoothly. The security and intelligence services did the right thing and earn themselves a laurel.

The stakes were high at Osun. In continuation of the propensity for the ruling party at federal level to use its overarching authority and manipulate security services for nefarious activities, APC could have combined its control of state and federal governments to impose its will. Indeed, the election could have been deadlocked or indecisive, and could have got enmeshed in violent confrontation due to flagrant disregard of people’s choice. Refreshingly, none of these unwelcomed scenarios happened. Osun State and federal government deserve big cheers.

There is no hiding place for misdeeds and wrongdoing, thanks to online and Internet technology. In the same breath, positive happenings and situations are easily made known. Whilst the news media carried out their reporting and analysis in Osun during the election, citizen “journalists” and the general public sent out information constantly and relentlessly too. With mobile phones, tablets and similar devices, constant and relentless information emerged as photos, videos, texts and voice notes inthe public space.

All actors – INEC, party officials, security personnel – were alert and kept in check. Kudos to the media, activist journalists and people who use their smart gadgets to capture information and monitor activities during the election. They all get a well-deserved recognition.

It is early to draw conclusions on how well future elections will be organized in Nigeria. The factors that make for a fairly well-organised election at state level are not all similar to what characterize nation-wide elections, especially for presidential election.

In fact, when many states have elections at the same time for various offices, the resources – INEC, security personnel, media and monitoring groups – are over-stretched. The resources are not adequately available to cover every area of need. The close coverage and attention given to a one-state and one-office election cannot be replicated country-wide.

However, to institutionalize democracy, elections and voting where people’s choice prevails is absolutely crucial. It is necessary that people themselves demand to have their choice respected by making their votes count.

Perhaps well-conducted and free elections will mark thebeginning of the realization that elected officers are to serve the electorate.

Bunmi Makinwa is the CEO of AUNIQUEI Communication for leadership. For more reading, visit www.bunmimakinwa.com