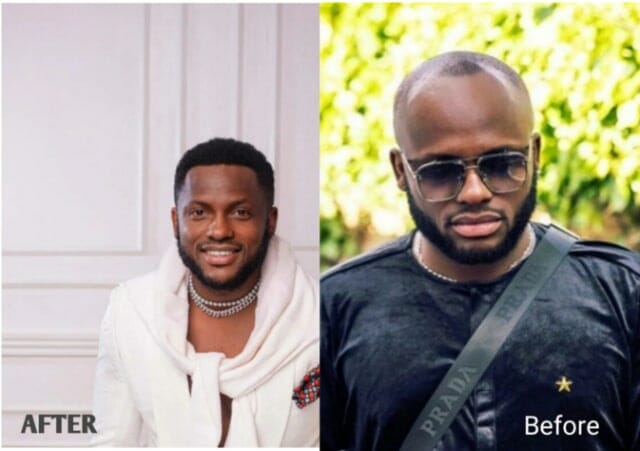 The comedian who is currently in Prague, Czech Republic shared a picture of his new look

Igosave stated that the surgery cost him a whooping sum of $20,000; a rough estimate of 8 million in Nigerian currency.

Hair transplant so lit New me. How you see am?”

Diddy Reaches Out To Niniola After Four Years

In the video shared by the excited singer, the billionaire music producer, Diddy narrated how Niniola sent several private messages to him in 2018, but he could not respond due to the several other messages in his Direct Message (DM).

Fast-forward to 2022, the 52-year-old artist was discussing with his team wanting to collaborate with an African artist who would hop on his Afrobeats remix, and someone suggested the songstress’s name.

To his surprise, when he went to her Instagram to send her a DM, he saw that the singer had sent countless DM’s wanting to work with him.

According to the Bad Boy Records CEO, he never knew that Niniola wanted to work with him and somehow manifested him into her life.

The duo linked up for the very first time via video call, and he explained the whole situation.

Niniola who shared a video of her speaking with the award-winning musician noted that dreams do come through.