It is the second largest country in Africa and the third most populous. The Democratic Republic of Congo is a key player on the continent. It has one of the strongest growth rates in the sub-Saharan region. Euronews went to the Congolese capital, Kinshasa to observe an unprecedented conference designed to explore the country’s economic strengths and weaknesses.

Balancing the country’s risks and advantages

Guiding investors by sifting through the strengths and weaknesses of the country: this is the objective of the “Country Risk Conference” organized for the first time in the DRC.

Major players in the regional political and economic spheres have gathered around a report written by the pan-African rating agency Bloomfield.

Various information was analysed: macroeconomic data as well as social and security data, culminating the country reciving a rating of 5.1 out of 10.

Stanislas Zézé, CEO of the Bloomfield Investment corporation explained what the grade means.

“The rating of 5.1 represents moderate risk, a median moderate risk. It means that the D.R.C is a country with a lot of potential, with reforms that are being implemented but also with weaknesses.”

Among these weaknesses are the lack of infrastructure, security risks in the east and problems with corruption.

However, recently, the international rating agencies Moody’s or Standard and Poors, raised the country’s sovereign rating.  This signals the country’s economic situation is improving and the Minister of Finance is determined to strike while the iron is hot and continue this dynamic of change.

“In terms of public finance, we have an extremely ambitious roadmap that we are implementing as part of the program with the IMF. It is essentially to improve revenue transparency, tax reforms to create a more favourable business environment, and also to fight against corruption, particularly through the strengthening of digitalization in public finance, both in terms of revenue and expenditure,” saysNicolas Kazadi, Finance minister of the D.R.C

The International Monetary Fund reported that the Democratic Republic of Congo saw an over 4.5% economic growth in 2021 thanks, in large part, to the country’s mining and service sectors.

The mining sector remains the essential engine behind Congolese growth, and the country has key resources for the energy transition such as copper, cobalt and lithium.

The ERG group is one of the largest investors in these activities. Its CEO  believes in the country’s enormous potential.

But beyond its mineral wealth, the country also intends to diversify its economy. And the vast arable lands of the DRC also offer opportunities for the agricultural sector.

Tisya Mukuna is the creator of “La Kinoise,” a Congolese coffee brand. She is the embodiment of a new generation of entrepreneurs who are determined to get the country moving.

Three years ago, she became the first to cultivate organic coffee in the Kinshasa region.

This summer, she opened a small factory to roast and package her coffee on site in the capital. It’s been a tough journey, but nothing insurmountable, she says.

She explained to Euronews how she got started on her journey as an entrepreneur.

“The story I have with coffee is a story about passion. A passion for agriculture in general, planting things, growing things and the crazy bet to grow coffee here in Kinshasa even when everyone told me it was impossible.”

From harvesting to packaging, Tisya intends to control the entire production chain of this 100% local coffee. A “first” which requires energy and perseverance.

Tisya aspires to make her coffee known and have it sold beyond the borders of the DRC. A shining example to those who want to invest in the country and seize its opportunities for the future. 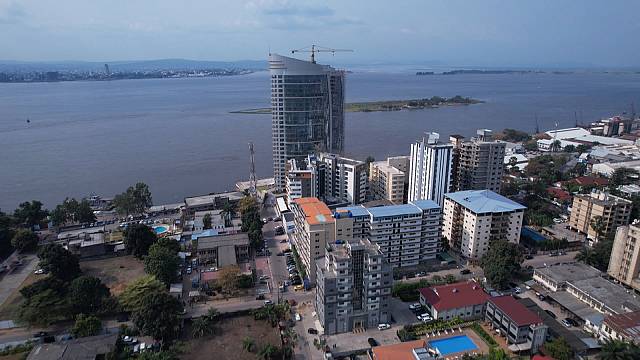