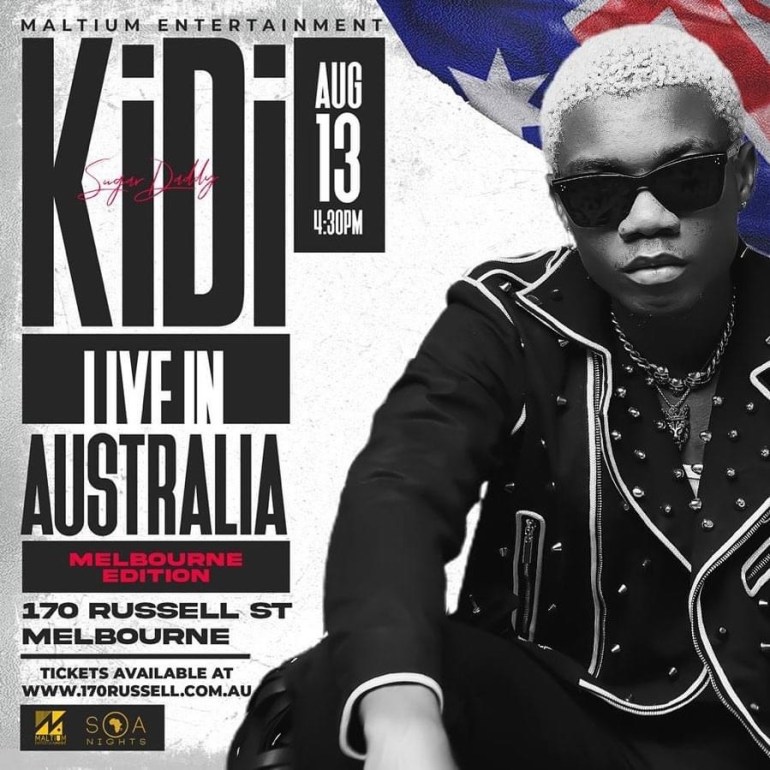 This was confirmed by his record label, Lynx Entertainment in a post via their social media page. This is coming after the label announced an Euorpe Tour which will see KiDi and Kuami Euegene performed in 10 cities in 10 days in September 2022.

Organized by Maltium Entertainment, ‘KiDi Live In Australia’ will see the superstar perform all his hits songs and also as the after party for winning the VGMA23 and 3Music Awards 2022 Artiste Of The Year. See flyer below.

The raving artiste has taken to his official social media page to show off his new car in his latest post. This is coming after the ‘Zazu Zeh’ hit-maker returned to Nigeria after a trip to United Kingdom, Dubai, among other places.