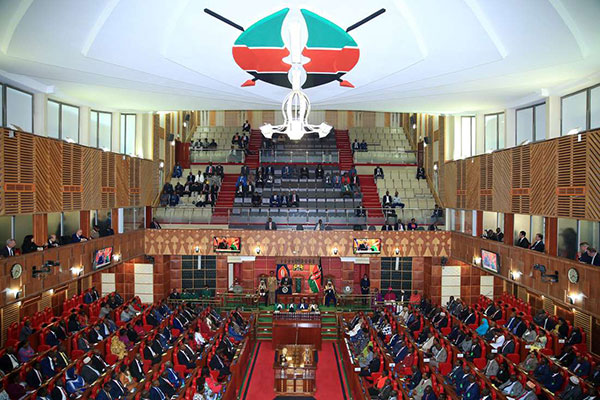 
There was drama at a Kenyan funeral after two Kenyan MPs exchanged blows.

The fight broke out after one of the MPs accused the other of being corrupt.

“We have several leaders here in the company of our deputy president who have a tainted life.

These are fraudsters who should not be allowed to take up any leadership position,” said Dagoretti North MP Simba Arati, Standard news site reports.

Although it’s unclear if Mr Osoro was punched, he has been captured in a picture sitting on the ground.

Osoro is an ally of Deputy President Willian Ruto while Mr Arati is a strong supporter of opposition leader Raila Odinga.

The two have been engaged in a war of words as they are seen as leading contenders in next year’s presidential election.


The two political divides have been sharply divided by campaign to change the constitution.

Video: Kenyans in shock as two MPs fight in church