The fertile and lush lands of northern Rwanda are well known to infamous Felicien Kabuga.

The 89-year-old whose trial opens in the Hague on Thursday grew up here in Nyange village before making a fortune.

He was charged with genocide and crimes against humanity for allegedly using his wealth to fund the 1994 genocide.

An accusation that remains surreal to his cousin.

“They say he used to buy machetes to kill people, but he was a trader. He bought machetes, hoes and all sorts of things to resell them

“When people say he bought machetes for the purpose of killing people…I can’t confirm that”, he adds. Jean Baptiste Munyaneze says.

Born to a farming family, Kabuga’s first jobs included peddling items door to door and selling cigarettes and used clothing at a market in his native Byumba region in northern Rwanda.

French news reports of the time say he owned a tea plantation as well as apartments and warehouses.

Rich and influential man in Rwanda

“He used to organise parties and invite all of his neighbours. And at these parties he talked to everyone. There were always a lot of us but he gave a warm welcome.”

By 1994 he was said to be one of the richest men in Rwanda and as much as his wealth grew, so did his political connections.

One of his daughters had married the oldest son of Rwandan president Juvenal Habyarimana, whose assassination triggered the  genocide.

Another daughter married Augustin Ngirabatware, the planning minister, who was sentenced to 30 years in prison for his role in the bloodshed targeting Tutsis and Hutus.

At the time when the genocide broke, Kabuga headed the National Defence Fund, to which he and other businessmen contributed. The structure allegedly bought machetes and uniforms for the army and Hutu militia.

“I have been working on this plantation since I was fifteen years old. At the time, Kabuga was the owner and he paid us well”.

“I don’t know anything about his crime, Musengimana insists. I got married in this region but I’m not from here.”

According to the International Criminal Tribunal for Rwanda (ICTR), whose work was later taken over by the MICT, Kabuga “contributed to the Interahamwe’s killing and harming of persons identified as Tutsis by organising meetings … to raise funds to purchase arms.”

Jean Damascene Bizimana, executive secretary of the National Commission for the Fight Against Genocide, told AFP agency that Kabuga had funded “tonnes of machetes and grenades which were imported and distributed across the country as weapons”.

Many of the victims were hacked to death with machetes.

“Kabuga served as president of RTLM and as such had de facto and de jure control of programming, operations, and finances of RTLM,” the ICTR indictment said.

He is also accused of directly supervising Interahamwe massacres in Gisenyi, northwestern Rwanda, and in the Kigali district of Kimironko.

After the genocide, Kabuga’s properties were seized and sold. He fled the country and thanks to his affluence and influence, he avoided arrest attemps by police and moved from Rwanda to Switzerland, the DRC, and Kenya.

He was living under a false identity outside Paris when he was arrested and transferred to the Mechanism for International Criminal Tribunals (MICT) at the Hague in 2020. 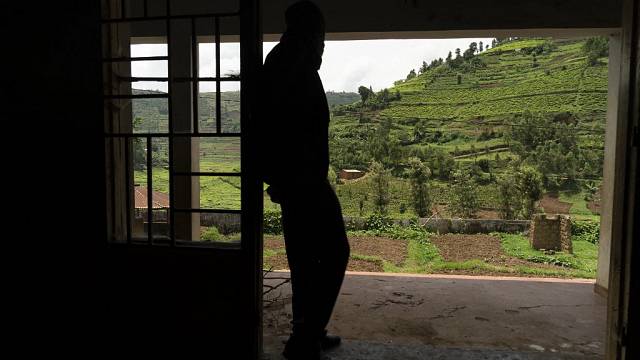