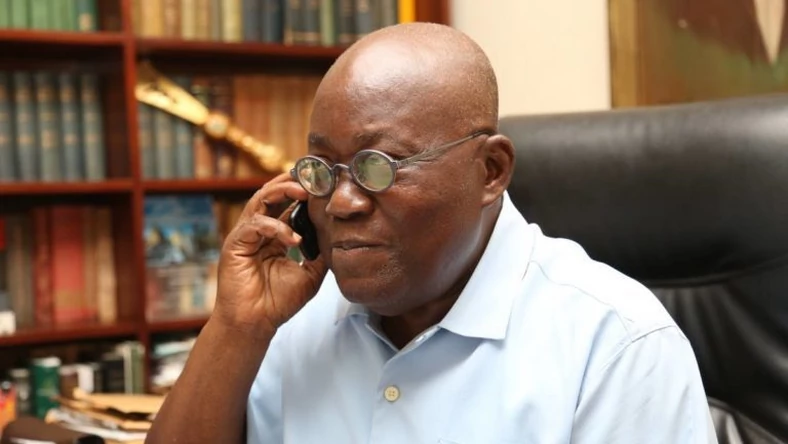 
In 2005, some 59 West African migrants were murdered in the Gambia. The migrants were hoping to reach Senegal enroute to Europe through the Mediterranean.

The truth of what actually happened only emerged after ex-leader Yahya Jammeh left office.

Since his exit from power in 2017, he has been implicated by some of his former soldiers, who said he ordered the killings.

Two Gambian soldiers who worked for Jammeh’s hit squad in 2019 admitted to participating on Jammeh’s orders in the 2005 execution of the 59 West African migrants, including 44 Ghanaians.

Lieutenant Malick Jatta and Corporal Omar A. Jallow revealed to Gambia’s Truth, Reconciliation and Reparations Commission (TRRC) that the migrants were executed by the “Junglers” squad across the Gambian border in Senegalese territory.

“We were told they were mercenaries,” Jatta said.

He confessed to have shot and killed one of the migrants.

“I heard people shouting in the forest saying ‘save us Jesus,’” Jatta said.

Jallow also told the TRRC that Lt Col Solo Bojang, the leader of the operation, told the men that “the order from Yahya Jammeh is that they are all to be executed.”


The confessions by Jatta and Jallow corroborated findings in a May 2018 report by Human Rights Watch and TRIAL that the migrants were murdered by the “Junglers.”

Yahya Jammeh has always denied involvement in the killings.

How Ghana was misled

In 2005, Ghana’s President, Nana Akufo-Addo who was then foreign affairs minister was team leader of his country trying to find out what happened to the Ghanaians who were murdered.

It has now emerged that Gambia covered up the incident and deceived him in his attempt to uncover the truth.

Testimony at the TRRC this month described Jammeh government’s persistent efforts to cover up the crime, first to prevent Ghana’s attempt to learn the truth.

The former foreign minister Lamin Kaba Bajo also agreed that a letter he sent to his Ghanaian counterpart Nana Akufo-Addo in December 2005, calling the story of the sole massacre survivor Martin Kyere was a “fabrication” and saying that the migrants had probably “escaped to Senegal” was a “cock and bull story.”

Bajo said that at the time he had no knowledge of the truth of the letter’s contents which had been taken from a ministry of interior report.

He said that it was “impossible” that such a fabrication could have happened without Jammeh’s knowledge.

The cover-up started even before a 2008 investigative mission by the United Nations and the Economic Community of West African States (ECOWAS) when the government appointed a “task force” that included several cabinet ministers to deal with the investigators.

Former Chief of Defense Staff Assan Sarr, who had also been at naval headquarters, said that when a UN/ECOWAS investigation team came in 2008, he was told by then-police chief Ensa Bajie in the presence of the then-crime management coordinator, Yankuba Sonko, Gambia’s current interior minister, not to “jeopardize or tarnish the image of this country … and in the event they call us, we should be mindful of what we say or do.”

A police officer from Barra, Babucarr Bah, said that Yankuba Sonko told him, “make sure you don’t say anything” to the investigators and that on Sonko’s instructions, “we took them to bars, gave them alcohol, and women.” Sonko denied this allegation in his own testimony.

Bah also said that around December 2005, Ousman Sonko, the former police chief, told him to falsify the July 22, 2005 diary entry from the Barra police station where the migrants were initially arrested and that the diary entries were then completely rewritten. Copies of the diary with the entry for July 22 removed were presented to the truth commission.

The TRRC testimony corroborates the findings of a 2018 report by Human Rights Watch and TRIAL International, who interviewed 30 former Gambian officials, including many of the commission’s witnesses.

Former Interior Minister Baboucarr Jatta has also accepted the assertion by the TRRC lead counsel, Essa Faal, that the killings were a “state-ordered execution by soldiers from the State House [Jammeh’s residence]” and said that he believed the soldiers were acting under Jammeh’s orders.

Details of those killed

The exact number of migrants killed is still unclear. Gibril Ngorr Secka, director of operations at the NIA, presented the commission with a list of 51 migrants the police counted at one station, including nationals of Ghana (39), Sierra Leone (3), Côte d’Ivoire (2), Senegal (2), Togo (2), Liberia (1), Nigeria (1), and Congo (1).

While that number omits some migrants who have previously been identified, as well as about eight other Nigerians believed to have been arrested and killed, it is the first official list of the migrants to be seen.

Families of the Ghanaian victims in 2018 launched a campaign with the support of human rights groups to seek justice and bring Jammeh to book.

For more than 13 years all efforts to seek justice became difficult because Mr. Jammeh remained in power, but families of victims are hoping latest revelations would bring him to justice.