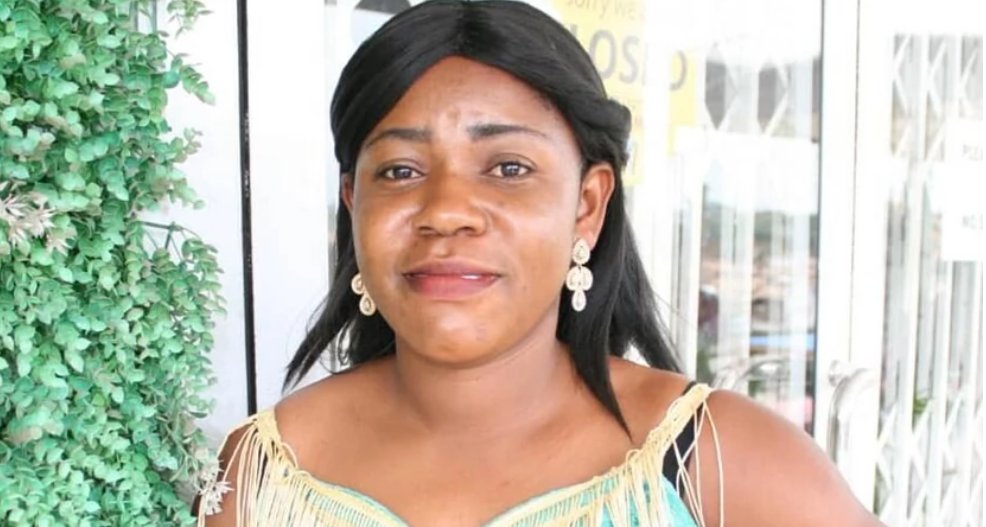 
Police in Ghana have arrested a 29 year-old woman for allegedly faking her kidnapping and pregnancy.

The family of Josephine Panyin Mensah Simons earlier reported to the police that she had been kidnapped with her nine month old pregnancy whilst doing a dawn walk.

She was subsequently found in another community, traumatized and unable to speak without having the said pregnancy.

Her family and neighbours have staged protest after the Regional Minister and Police revealed after medical examination that Mrs. Simons has never been pregnant.

In a statement, the police said the woman has now confessed to a team of medical and investigating officers that she lied about her kidnapping and pregnancy.

Update on the “Missing Pregnant Woman” at Takoradi in the Western Region. Read more from the link below. https://t.co/5Bkx2osruL pic.twitter.com/CcAz1JGMZP

She is currently being interrogated by Police with her husband.

Her family and neighbours are still in a state of disbelief over her confession.

Earlier, a top police source also revealed that the suspect had asked for forgiveness from her husband Michael Simons who appears to be innocent and in a state of shock.

The victim, now a suspect, according to the police source, says she has not had sexual intercourse with her husband for the past three (3) to four (4) months claiming that she could lose her pregnancy if they got intimate.