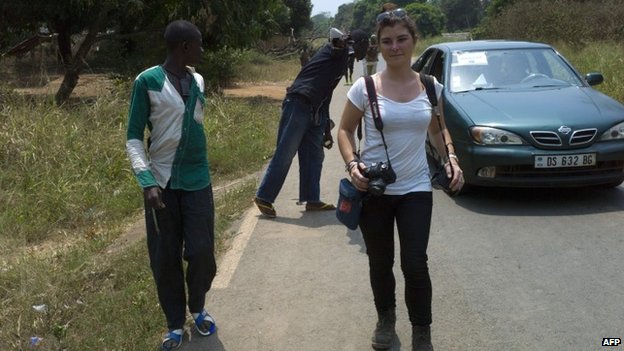 Ms Lepage had been working in CAR for several months

French photojournalist Camille Lepage has been murdered while working in the Central African Republic, presidential officials in Paris say.

The body of Ms Lepage, 26, was found when a French patrol stopped a car driven by Christian anti-balaka militia in the Bouar region, a statement said.

She had reportedly been travelling near the CAR border with Cameroon when she became caught up in fighting.

Camille Lepage’s work has been widely published, including by the BBC.

She had also worked for several non-governmental organisations including Amnesty International and Medecins sans Frontieres, her website said.

Ms Lepage had been working in CAR for several months, having moved to South Sudan in July 2012.

Her last tweet, a week ago, said she was travelling with the anti-balaka militia by motorbike to an area 120km from Berberati, where 150 people had been killed by Seleka rebels since March.

She said another six people had been killed two days earlier.

“All means necessary will be used to shed light on to the circumstances of this murder and to find her killers,” the French presidency said in its statement.

Security in CAR has deteriorated in recent months. Around a quarter of CAR’s 4.6 million population have fled their homes since conflict erupted in March 2013 between mainly Muslim and Christian militias.

The African Union and France have about 7,000 troops in the country and the EU has deployed troops to take control of security at the airport in Bangui.

Christians form the majority in CAR, and the anti-balaka say they took up arms after coming under attack from the mainly Muslim Seleka rebels who seized power in March 2013. 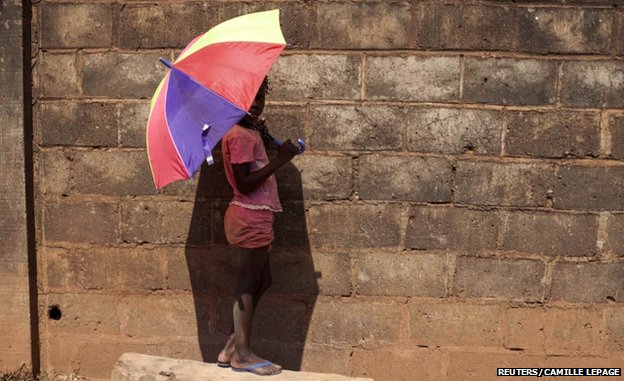 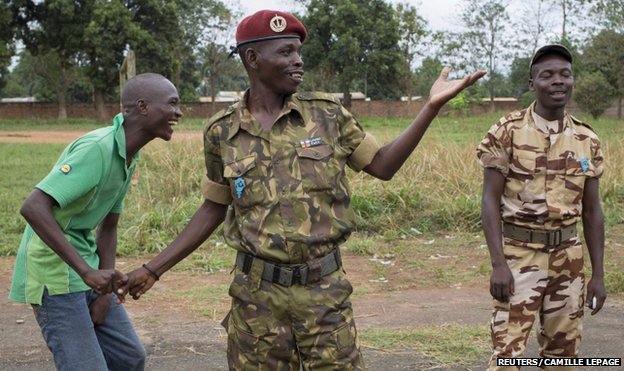 Her recent pictures captured scenes of life in Bangui 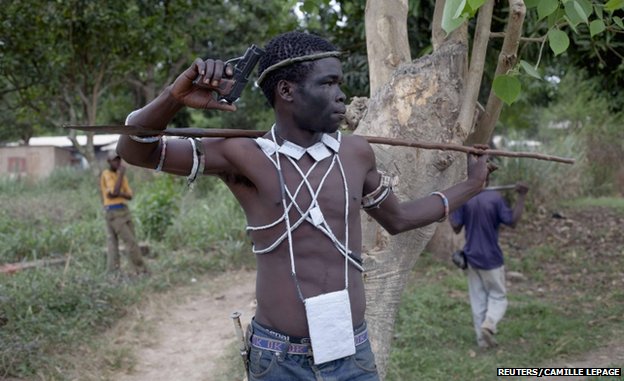 An anti-balaka Christian militiaman on patrol in an area of Bangui in February
Source: BBC