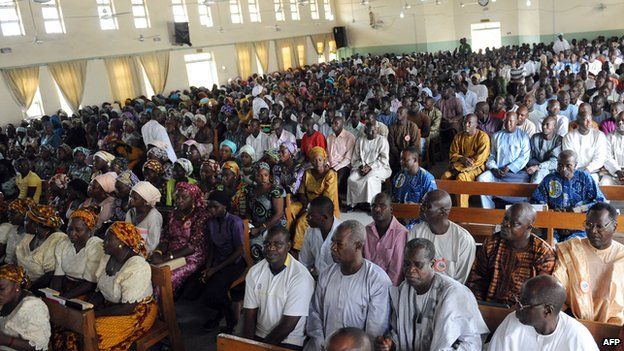 Students who do not profess Islam suffer discrimination in Muslim-dominated communities in Northern Nigeria. Unlike their Muslim counterparts, non-Muslims are, in some cases, denied places for worship, leadership positions, and the option to study other religious or non-religious subjects. Incidentally, not much is heard about these deprivations and prejudicial treatments. Many people fear speaking out against these injustices due to fear of suffering further victimization. Recently, a Christian young man, Peter, from Kaduna, broke his silence over these injustices. He recounted his experiences as a student at a secondary school in Sokoto:

Peter relocated to Sokoto to continue his education. But the school did not offer CRS as a subject. He said: “Unfortunately, I moved to Sokoto state in 2009, where I continued my junior secondary school. The school authorities asked me to take Arabic as a compulsory subject. Most syllables were Islam-based. As a Christian child, I found it frustrating to learn such a language. I found it difficult to write tests, assignments, and examinations using the language. My family members were so worried. They feared that my thinking would change and that I could convert to Islam”.

In both junior and senior secondary school levels, Peter was not given the option to study CRS. He noted: “At the senior secondary section, they offered only Islamic Studies. There was no option of studying CRS because the school did not offer the subject”.

The discrimination against non-muslim students extends to politics and positions in the schools. Peter explains: “I could have served as a head boy because I was one of the most active students in the school. I participated in competitions and had zero criminal records. But unfortunately, I ended up as an assistant head boy because Christians do not hold the position of a head boy in the school”. Even at that, the persecution persisted: “Without minding the injustice, I continued serving my office and playing my leadership roles until one day something happened that shocked me and made me understand that there was a big religious problem in the school”. He further stated: “The incident happened on Ash Wednesday. Some of our Catholic students went for morning mass before coming to school. The priest used the ash to make a sign of the cross on their foreheads. Now, at the school, a teacher asked the children to erase this sign of the cross, but they refused. The teacher flogged them. As the president of the Fellowship of Christian Students in the state, these students reported the incident to me since no teacher defended them. I confronted the teacher privately because I was the assistant head boy. The teacher reported me for questioning him on why he beat students who refused to clean the sign of the cross on their foreheads. I was invited to the teachers’ meeting. Look, there were Christian teachers, two women, at the meeting. But none of them defended me because they were too scared to speak. After all, doing so would put their job at risk. I understood their predicament, hence, I did not count on their support”.

Peter noted that the principal of the school, a devout Muslim, was very angry with him. He narrated an exchange with the principal at the meeting: “The principal asked me: “When did you become the head of the school?” I replied: “I’m not, sir”. He asked me again: “Who gave you the power to support the ill behaviors of students”. I replied: “Sir, Cleaning the sign of the cross means removing Christ from the minds of these students. And sir, I cannot support the idea of maltreating fellow students based on their faith”. He came close to me in a mockery manner and said: “O Jesus save us”, Other teachers laughed except the two Christian teachers who sat there visibly uncomfortable with what was going on. Now, in response to the action of the principal, I asked: “Sir, what is wrong with the children leaving the sign of the cross on their foreheads? Don’t Muslim girls have tattoos on their legs, hands, face, and even open holes on their noses, yet no one is maltreating them for that? Nobody responded. I asked again: Sir, why are we forced to study a language and religion we do not belong to or is of no use to us? Why is our religion ( that is christianity) not taught? One of the teachers responded: “Because, in Sokoto, there are no Christians. In addition, the principal said: “Because there are no Christians to take the subject. On hearing this, I didn’t say anything until the meeting ended”.

Peter stated that he confronted the school authorities over the issue because he knew that the right to freedom of religion or belief was guaranteed in the Nigerian constitution. He further claimed that, since the day that he had this encounter with the Muslim teachers, that their attitudes towards him changed and he had poor results in his examinations. As the case of Peter has illustrated, students who belong to minority religions and belief groups suffer discrimination and infringements on their rights and liberties. They are denied their freedoms with impunity. Discrimination is not peculiar to non-muslim students in Muslim-dominated areas. Non-christian students who are studying in Christian-dominated areas suffer unjust and prejudicial treatments. If you are a student studying in any part of the country and you have suffered discrimination due to your religious belief or unbelief, please take to some social media platform and share your experiences.