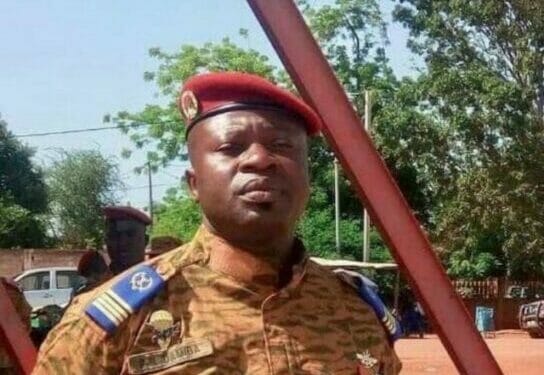 Damiba seized power in January this year from a democratically elected president Roch Kaboré, saying he had failed to deal with growing militant Islamist violence.

But factions within his own military toppled him last month accusing him of doing very little to address the Islamist violence he promised to deal with.

Religious and community leaders helped to broker a deal that had him resign “in order to avoid confrontations with serious human and material consequences,” according to media reports.

Damiba had set seven conditions for stepping down – including a guarantee of his security, an agreement to continue with efforts at national reconciliation and a continued respect for the guarantee of returning to civilian rule within two years.

The announcement followed attacks on French institutions, after it was reported that Lt Col Damiba was sheltering at a French military base.

This is Burkina Faso’s ninth coup since independence from France in 1960.

There is a state of insecurity in the West African country with the government controlling 60% of the territory a mist worsening Islamist violence.


The Islamist insurgency broke out in the country in 2015, leaving thousands dead and forcing an estimated two million people from their homes.