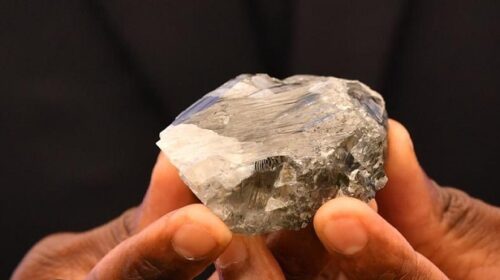 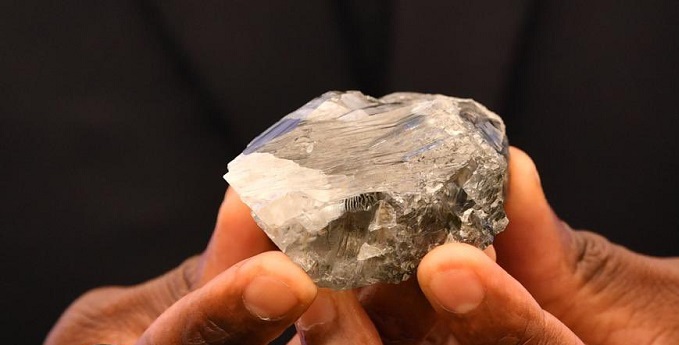 Botswana has announced another discovery of a huge rough diamond, toppling an earlier huge discovery of the stone.

The discovery on June 12 was carried out by the Canadian company Lucara and is a 1,174-carat gem.

Lucara’s Managing Director, Naseem Lahri told AFP that this is a “historic discovery, for us and for Botswana as well.”

“In the hierarchy of large stones, it ranks third,” she said during its presentation to the government in Gaborone.


The previous huge discovery weighing 1,098 carats – was shown to President Mokgweetsi Masisi by the diamond firm, Debswana and was unearthed on 1 June.

Botswana is a major country for discovery of diamonds and recent huge discoveries cement its position.

President Mokgweetsi Masisi has hailed the discovery saying it is a”fascinating moment”.

10 of the most talented & motivated students from BIUST to learn about Diamond processing & leadership. The opportunity is for 3 to 6 months & I assure you that the selection process will be transparent. #AdvancingTogether #PushaBW #ImplementingOurChangeMandate #GoMasisi 🇧🇼 pic.twitter.com/pVwYCltofG

Married women in Botswana now allowed to own land