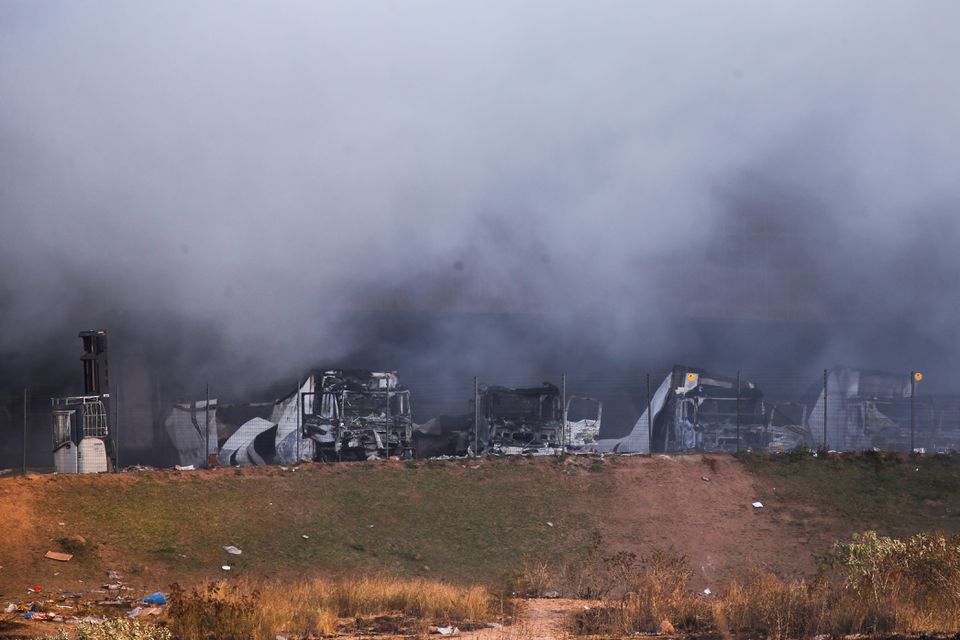 Firefighters are also cleaning up the mess, helped by local residents wielding brooms.

Police have also arrested hundreds of people for the violent unrest as the military makes efforts to bring the rioting under control.

South African President, Cyril Ramaphosa met with leaders of political parties on Wednesday to discuss ways to address the unrest.

“President Ramaphosa welcomed proposals made by political leaders and said expanded deployment of the South African National Defence Force was being addressed,” a government statement said.

The jailing of a former president is unprecedented in South Africa, which has been gripped by Zuma’s legal turmoil.