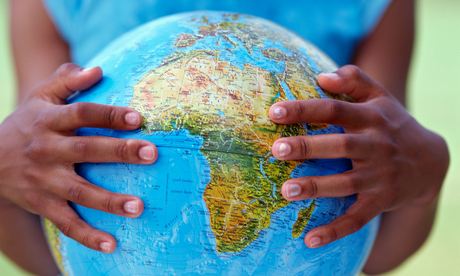 More money is sent to Africa through remittances from the diaspora than funding from aid agencies. Photograph: Alamy
Remittances to Africa could transform local philanthropy and put the continent on path of self development

Media and public discourse in the west present aid-dependant African development and private philanthropy, supported by the passionate advocacy of celebrities and wealthy individuals. But this is only partly true.

According to the Foundation Center’s report on international giving, US foundations spent approximately $255m (£150m) in Africa in 2010. During the same year, international development grants to Africa from UK foundations reached £89m. Compare that to the $40bn that diaspora Africans sent home in remittances in 2010. This has since grown to$60bn annually and now exceeds funding from private foundations and bilateral and multilateral aid agencies.

Africans are at the forefront of change in their communities as funders, civil society leaders, educators, policymakers and community leaders. But they are not represented adequately in development and philanthropy. In recent years, there has been more dialogue on thediaspora’s role in development, but for the most part this seeks to capture the diaspora’s financial resources to advance the work of foreign institutions – it doesn’t focus sufficiently on Africans building their own. The latter matters because ownership and leadership are critical components of self-reliance and self-determination.

That diaspora Africans haven’t translated their individual contributions into collective, strategic investments is a main reason behind our absence in development and philanthropy. Africans in the Diaspora (Aid) is working to fill this gap by pooling the diaspora’s financial, human and intellectual resources to invest in African civil society organisations that are solving the biggest challenges in their communities.

Before starting Aid, I managed the Africa portfolio at a foundation which, over time, included interactions with hundreds of grassroots organisations in more than 25 countries across Africa. There are hundreds of thousands, if not millions, of civil society organisations and innovations that are trailblazing change in their communities. Certainly,some are corrupt; others are ineffective. But most are resourceful and transformational.

Often started in response to a need in their direct communities, they are responsive to relevant needs, accountable to affected communities, and invested for the long haul. They don’t pack up and leave because funding has run out or because there is a new trend dictated by headquarters and external funders. As indigenous change agents, they also play a role in modelling innovative programmes for the government, pushing for better policies and filling gaps left by government and the private sector.

Yet, these organisations often lack access to funding to extend their work and maximise impact. For example, in 2011, only 12.1% of total aid was delivered to NGOs; local organisations receive even less of the cut. A recent study that explored US government-funded health projects in Uganda found that indigenous non-state actors managed only 10% of the total resources. This is not surprising: a significant part of aid money never actually leaves the donor country. But what is development if resources don’t reach the people that supposedly need them and are ultimately responsible for sustaining them?

For too long, western aid, philanthropy and investments have been seen as the drivers of development, especially funding, in Africa. With improving economic indicators in many countries and an increasing number of middle-class and wealthy individuals, there is now recognition of the immense financial and intellectual capital that exist in Africa. Indigenous grant-makers like members of the Africa Grantmakers Network and philanthropists such as Tony Elemulu are working to channel these resources into strategic philanthropy. But the African diaspora communities, despite all the promise of financial and human potential, have yet to offer an effective mechanism for strategic philanthropy.

There may not be 1,000 Mo Ibrahims and Aliko Dangotes, but there are, hundreds of thousands of people whose small investments can aggregate up to large amounts of capital that can meet development needs from education to health, leadership to infrastructure. It all starts with one simple act: let’s unleash an additional 1% (or $300m) of the $60bn in annual remittances for strategic philanthropy. Then, next time someone asks about African philanthropy, you can also mention Africans in the Diaspora, Afford, TrustAfrica or Kenyan Community Development Foundation, all institutions in and outside of Africa carving an African space in philanthropy.

Solome Lemma is co-founder and executive director of Africans in the Diaspora (Aid). Follow @innovateAfrica on Twitter.