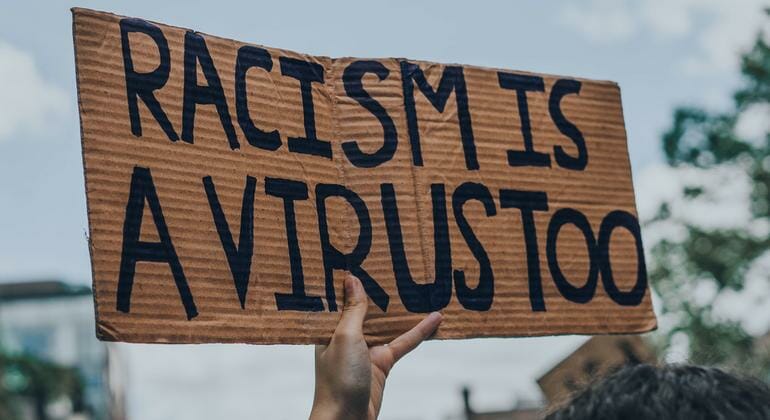 “Despite the 2030 Agenda’s promising rhetoric, it largely fails to fulfil its pledge to ‘leave no one behind’ when it comes to the principles of racial equality and non-discrimination,” said E. Tendayi Achiume, Special Rapporteur on contemporary forms of racism, racial discrimination, xenophobia and related intolerance.

Presenting the conclusions of her report on the 2030 Agenda, SDGs and the fight against racial discrimination, Ms. Achiume acknowledged that while opening the door to important improvements on earlier development initiatives, more commitments are needed to effectively combat racism.

“Racial justice commitments are largely absent from the operationalization of the SDGs, as seen through the lack of racial disaggregation in the SDG Targets and Indicators,” she said.

“The persistent lack of resources, failure to collect disaggregated data and dearth of political willpower still limit progress toward racial justice in virtually all national and international contexts”.

The Special Rapporteur attributed the entrenched challenges of promoting racial equality and justice through development initiatives, to the “racialised origins” of today’s international development structure.

Citing the deep racial inequalities revealed by the COVID-19 pandemic, she explained how global economic and financial systems continue to be engines of racially discriminatory “underdevelopment”.

A vast body of research available, has demonstrated that the international economic, development and financial order has perpetuated human rights problems and economic inequality.

As such, it has served to dismantle social safety nets in the global South and increase the dependency of formerly colonized peoples, she added.

To achieve this goal, international hierarchies must be disrupted and shifted beyond Euro-centric visions, models and means of economic development.

During her presentation, the Special Rapporteur highlighted racial justice uprisings in 2020, which mobilized the global community and significantly shifted the terms of debate at the United Nations and elsewhere.

She noted that racially and ethnically marginalized employees in particular, were voluntarily taking on institutional anti-racism work – providing vital leadership without compensation.

“For anti-racism initiatives to be successful, institutional leaders must commit necessary resources and political willpower to transformation,” underscored the independent expert.

This can only be achieved by “making institutions more representative of the populations they serve, especially at decision-making levels,” she added.

Special Rapporteurs are appointed by the Geneva-based UN Human Rights Council to examine and report back on a specific human rights theme or a country situation. The positions are honorary and the experts are not paid for their work.